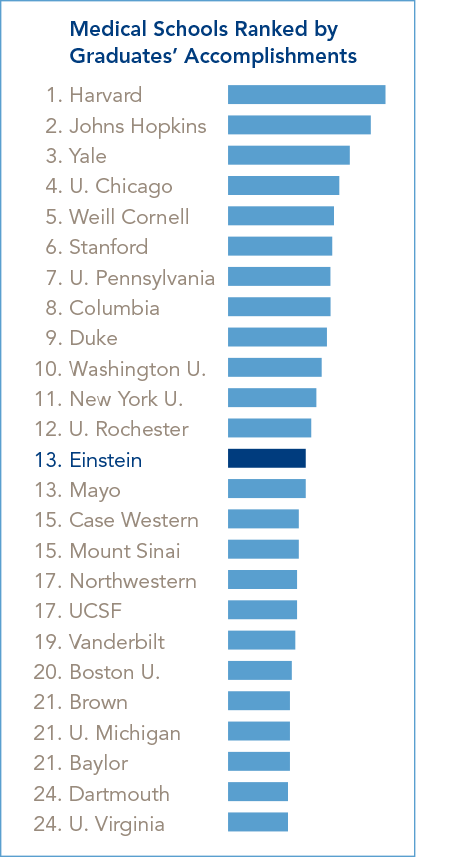 A new method for assessing research-intensive medical schools puts Einstein in 13th place—in the top 10 percent of American medical schools and above its current place in the 2014 U.S. News & World Report (USN&WR) ranking. Physicians at Brigham and Women’s Hospital and the University of California, San Francisco, and the research director of Doximity, the largest medical professional network in the United States, developed the evaluation method. Their study appeared in the May issue of Academic Medicine.
While USN&WR evaluates the quality of entering students, the new model assesses medical education. The authors collected data on more than 600,000 physicians and 127 medical schools they attended, rating each physician on publications, grants, clinical trials and awards/honors. Noting “important differences” between their ranking system and USN&WR’s, the authors singled out Einstein, whose graduates “excelled at obtaining awards and NIH grants.”
The authors concluded, “The backbone of our academic medical system is physicians’ contribution to knowledge creation through research. We believe our rankings model can help identify institutions with a track record of success in producing such physicians.”