Dr. Safyer Is a Top Influencer

Dr. Safyer Is a Top Influencer 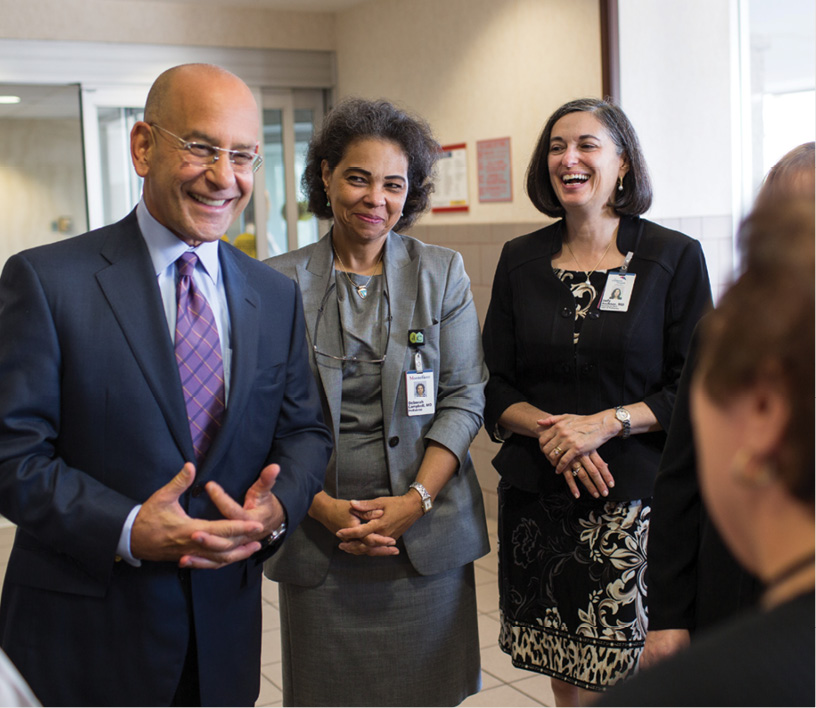 Steven Safyer, M.D., president and CEO of Montefiore Medicine, with Deborah Campbell, M.D., chief of neonatology at the Children’s Hospital at Montefiore (CHAM), and Judy Aschner, M.D., physician-in-chief of CHAM.

Steven M. Safyer, M.D., president and CEO of Montefiore Medicine, was named a top leader on Modern Healthcare magazine’s list of the “50 Most Influential Physician Executives & Leaders.” Dr. Safyer rose in the ranks to number 13, up from number 36 in 2015. This was the eighth consecutive year that he was named to this list of medical executive leaders.

Dr. Safyer graduated from Einstein with the class of 1982 and has worked at Montefiore since then. An internist in the department of medicine, throughout his career he has been a leader in advancing Montefiore as an innovative and equitable healthcare system. Since being appointed president and CEO in 2008, Dr. Safyer has increased Montefiore’s care-management capabilities, with an emphasis on innovation and population health. Modern Healthcare also named Dr. Safyer as one of the “100 Most Influential People.”