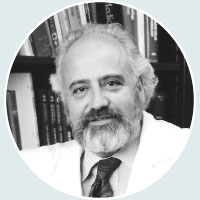 Dr. Ronald Nagel, a professor emeritus of medicine (hematology) and of physiology & biophysics, passed away on April 16. Dr. Nagel had retired from his position as chief of the division of hematology at Einstein and Montefiore in 2008 due to illness.

Dr. Nagel was born in Chile in 1936 to a mother proud of her Spanish and Araucanian Indian heritage. His father had emigrated to Chile from Bratislava, the capital of Slovakia, ahead of the Holocaust. Dr. Nagel attended medical school in Chile, graduated in 1960 and did three years of postgraduate training as a resident in medicine and as a student of physics and mathematics at the University of Chile. During those years he published a number of papers, including two letters to Nature that touched on population studies that would form part of his later career.

He came to the United States as a National Institutes of Health international postdoctoral fellow and joined the laboratory of Helen Ranney, M.D., with whom he published a number of papers on hemoglobin-haptoglobin interactions. He then worked with Dr. Ranney and fellow trainee Robert M. Bookchin, M.D., on mutant hemoglobins. In his 45-year career at Einstein, Dr. Nagel held numerous leadership roles, published more than 300 peer-reviewed papers and was author or co-author of five scientific books on hemoglobin and two volumes of poetry.