Lowe syndrome is caused by mutations in the gene OCRL, found on the X chromosome. The syndrome is characterized by congenital cataracts, poor muscle tone, kidney disease and intellectual disabilities. OCRL codes for an enzyme that regulates the polymerization of F-actin, a cellular building block that supports the growth and development of neurons and their extensions (neurites and dendritic spines). To better understand how OCRL mutations cause intellectual disabilities and affect F-actin polymerization, the lab of Herbert Lachman, M.D., cultivated induced pluripotent stem (iPS) cells made from Lowe syndrome patients’ white blood cells. The iPS cells were differentiated into neural progenitor cells, which form neurons, and other brain cells such as astrocytes and oligodendrocytes. This image of two neural progenitor cells shows F-actin (green) outlining the cytoskeleton. A different form of actin, known as G-actin (red), predominates in cell nuclei, where it regulates gene expression by interacting with chromatin. Dr. Lachman is a professor in the department of psychiatry and behavioral sciences at Einstein. Jesse Barnes, a graduate student in Dr. Lachman’s lab, conducted the research. 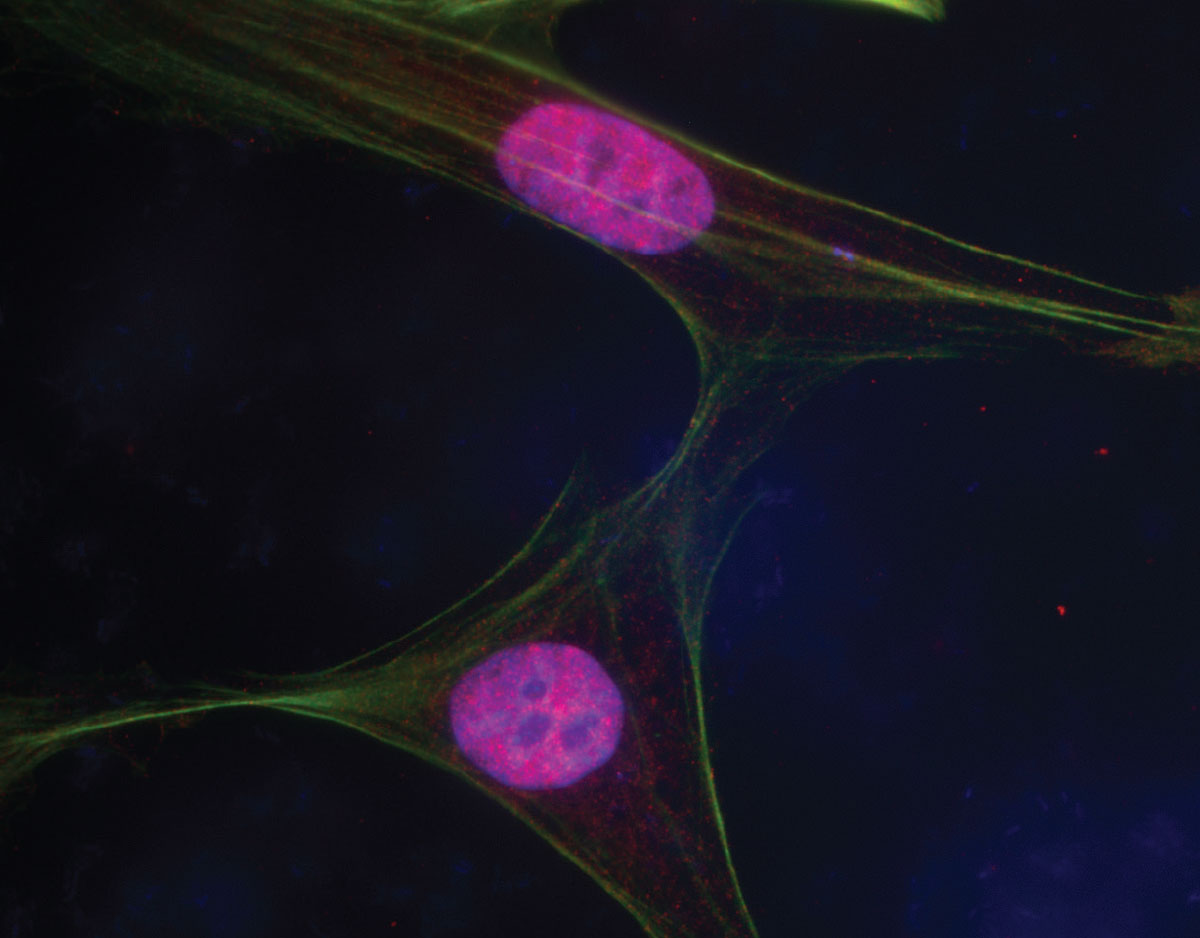