Philip O. Ozuah, M.D., Ph.D., has been named the chief executive officer (CEO) of Montefiore Medicine, the umbrella organization for Montefiore Health System (MHS) and Albert Einstein College of Medicine. He started his new role on Nov. 15, 2019, succeeding Steven M. Safyer, M.D., who retired after 40 years of service to Einstein and Montefiore.

As CEO, Dr. Ozuah will lead Montefiore’s next phase of growth and evolution as a global healthcare leader, renowned for its excellent medical school, groundbreaking research and technology, and highly specialized, coordinated care of diverse populations in the New York region, across the country, and globally.

“We are thrilled that Dr. Philip Ozuah, a proven senior executive and strong strategic thinker, will lead Montefiore into the next decade,” says Dan Tishman, chair of the Board of Trustees of Montefiore Medicine. “What stood out was his impressive record of success, his intellect and warmth as a physician, his strength as a leader and manager, and his deep commitment to Montefiore’s mission. I’d also like to thank our outgoing CEO, Dr. Steven Safyer, for putting our organization on a path of excellence.” 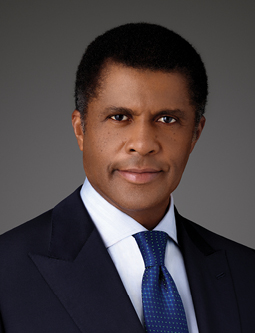 “I look forward to continuing to expand inclusive access to state-of-the-art care and to furthering Montefiore’s role as a global leader in healthcare and biomedical research.”
— Dr. Philip O. Ozuah

Dr. Ozuah joined Montefiore in 1989. “It will be a privilege to lead an organization with a clear purpose—to heal, to teach, to discover, and to advance the health of the communities we serve,” he says. “We are an organization of exceptionally talented and compassionate people. Working closely with the board, I look forward to continuing to expand inclusive access to state-of-the-art care and to furthering Montefiore’s role as a global leader in healthcare and biomedical research.”

Dr. Safyer, who has worked alongside Dr. Ozuah for the past 25 years, says, “I know I am leaving our institution in the best possible hands. I have consistently been impressed by Dr. Ozuah’s strategic vision for the Montefiore Health System. His appointment as CEO will guarantee a smooth transition, and I know he’ll continue to uphold the standard of excellence on which Montefiore has built its reputation.”

Gordon F. Tomaselli, M.D., the Marilyn and Stanley M. Katz Dean at Einstein, says, “Dr. Ozuah has a long and storied history at Einstein, and we could not have hoped for a better choice to lead our joint enterprise. His vision, commitment to excellence, and dedication to social justice will undoubtedly provide the direction and support for Einstein to thrive in the coming years.”

Dr. Ozuah previously served as president of Montefiore and physician-in-chief of the Children’s Hospital at Montefiore (CHAM), where he worked to deliver best-in-class clinical care with a commitment to healthcare access for the underserved. U.S. News & World Report has ranked MHS’s medical specialties, under his leadership, in the top 1% of the nation’s hospitals and CHAM as one of “America’s Best Children’s Hospitals.”

Dr. Ozuah has a strong commitment to medical education as well as deep academic medical research expertise, including as a National Institutes of Health–funded investigator and as a professor and the university chair of pediatrics at Einstein.

In these roles, Dr. Ozuah expanded access for underserved communities, recruited and cultivated outstanding talent, advanced programs of excellence, fostered innovations in medical education, and improved financial and operational performance by integrating care across a rapidly growing and evolving Montefiore system that sees more than 6 million patient interactions a year.

He has been recognized regionally and nationally for excellence in teaching and patient care, including as an inductee into the Alpha Omega Alpha Honor Medical Society and a two-time recipient of the Academic Pediatric Association’s prestigious Helfer Award for Innovation in Medical Education. Along with receiving various awards for teaching and clinical excellence, Dr. Ozuah has been recognized by Modern Healthcare magazine as one of the “Top 25 COOs in Healthcare.”