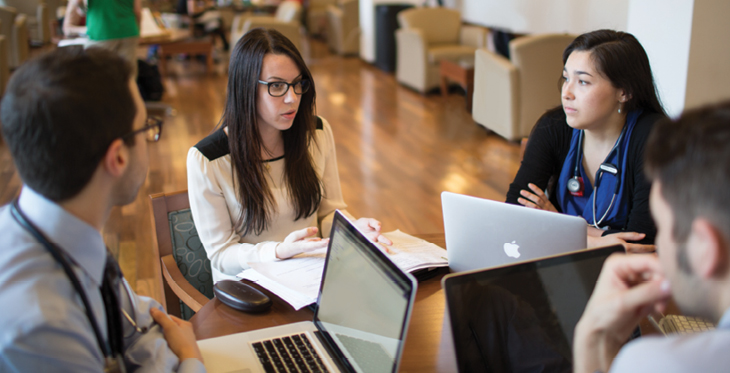 Einstein and the City University of New York Graduate School of Public Health & Health Policy (CUNY SPH) have collaborated to offer Einstein medical students an opportunity to complete a five-year program resulting in a doctor of medicine (M.D.) degree from Einstein and a master’s degree in public health (M.P.H.) from CUNY.

With the October 2019 announcement of its new M.D./M.P.H. program, Einstein joins about 80 medical schools across the nation with similar programs available at a single institution or in collaboration with another. Einstein first offered this opportunity to the Class of 2023 and made it available to all subsequent incoming M.D. students.

Physicians with M.P.H. degrees work in a variety of settings, including departments of health, nonprofit organizations, and research institutions.

Enhancing Einstein, Inside and Out