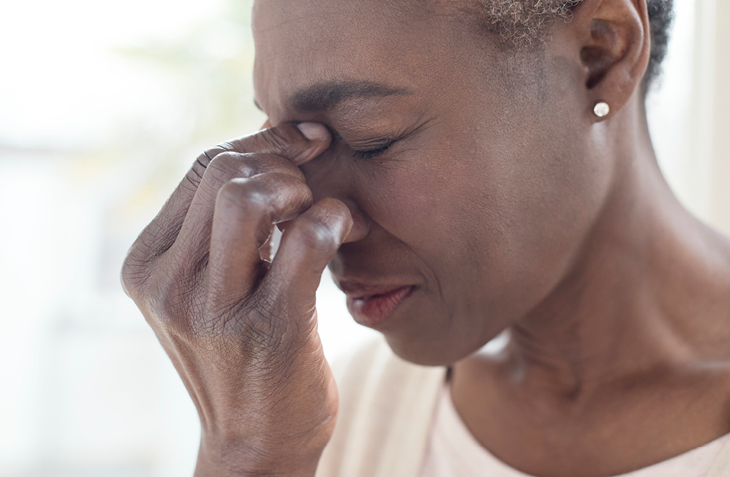 A drug belonging to a new generation of acute migraine headache treatments eliminated pain and reduced symptoms in a large-scale trial reported in July 2019 in The New England Journal of Medicine. The drug, rimegepant, is awaiting U.S. Food and Drug Administration approval and may offer advantages over currently available migraine medications. The study, led by researchers at Einstein and Montefiore, involved more than 1,000 men and women with migraine.

“For the first time in nearly three decades, people with migraine not helped by existing medications may have a new option to find relief during attacks,” says Richard B. Lipton, M.D., the study’s first author and the Edwin S. Lowe Chair in Neurology, vice chair of the Saul R. Korey Department of Neurology at Einstein, and director of the Montefiore Headache Center.

Currently, many people with migraine take triptan drugs (examples include sumatriptan, eletriptan, and rizatriptan), which were introduced in the 1990s. People not helped by triptans may benefit from the new class of drugs called gepants, which includes rimegepant.

Gepants work by targeting the receptors for the small protein CGRP, long implicated in migraine. During migraine attacks, CGRP is released, resulting in pain. Gepants relieve the pain and other symptoms of migraine by blocking the CGRP pathway.