WormAtlas: All Things Anatomical in One Place

WormAtlas: All Things Anatomical in One Place 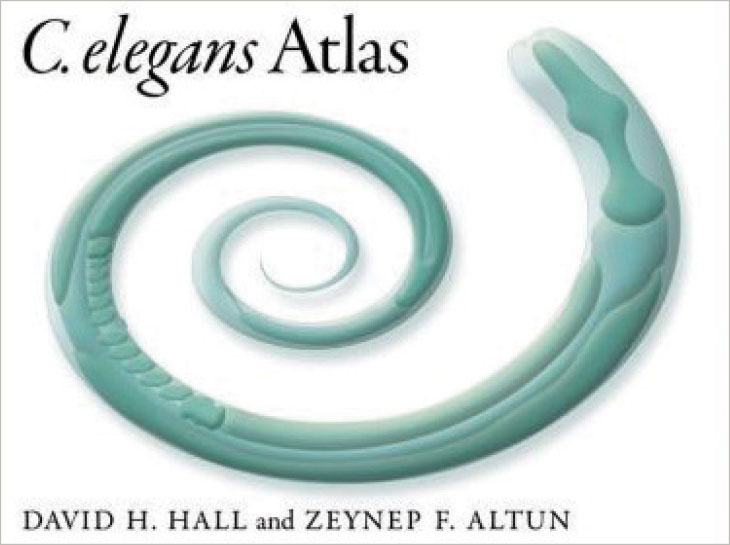 The 348-page C. elegans Atlas is derived from the online WormAtlas. (Cover illustration by Chris Crocker.)

By the 1990s, connectomics pioneer Sydney Brenner had closed his lab and moved on to other pursuits, his voluminous roundworm research files left to collect dust on shelves at the Medical Research Council in England. But thanks to an Einstein scientist, this invaluable trove of data wouldn’t remain untouched for long.

In 1998, David Hall, Ph.D., professor in the Dominick P. Purpura Department of Neuroscience at Einstein and a veteran roundworm researcher and electron microscopist, won a National Institutes of Health grant to establish a center for C. elegans anatomy at Einstein. Among the center’s goals were to extend the use of electron microscopy (EM) in roundworm research and to create a clearinghouse for all types of anatomical data for C. elegans.

Dr. Hall asked Dr. Brenner’s permission to move the roundworm files to his fledgling center at Einstein, for further analysis and safekeeping. “Dr. Brenner and his colleagues agreed, with the stipulation that we devise some way to communicate the data to the roundworm community,”
Dr. Hall says.

The data would become the centerpiece of the WormAtlas, a leading resource for C. elegans researchers. The open-source (i.e., freely available) WormAtlas offers tens of thousands of EMs, wiring diagrams, anatomical illustrations, detailed handbooks on both sexes and on worms in every stage of development, links to outside roundworm resources, a compendium of worm-related publications, a community forum, and more.

Dr. Hall, a coauthor of Dr. Emmons’ groundbreaking Science and Nature papers, is constantly expanding the WormAtlas with data from his own studies and from researchers the world over.

Connecting the Dots of a Tiny Roundworm