In research described on in “Shining a Light on the Human Brain,” Kamran Khodakhah, Ph.D., and colleagues identified a new role for the brain’s cerebellum, which has long been known for coordinating movement.

The researchers discovered that the cerebellum is also involved in reward and social behaviors, thanks to cerebellar neurons that project to the brain’s ventral tegmental area. The VTA is crucial for reward processing and contains cells that produce the neurotransmitter dopamine, associated with feelings of euphoria.

The image below shows a section of the VTA from a mouse brain. Stained green are numerous cerebellar axons—long, slender extensions of cerebellar neurons—that have penetrated the VTA. Dr. Khodakhah’s team used optogenetics to show that many of those axons connect with and stimulate the VTA’s dopamine-producing cells (shown in red). 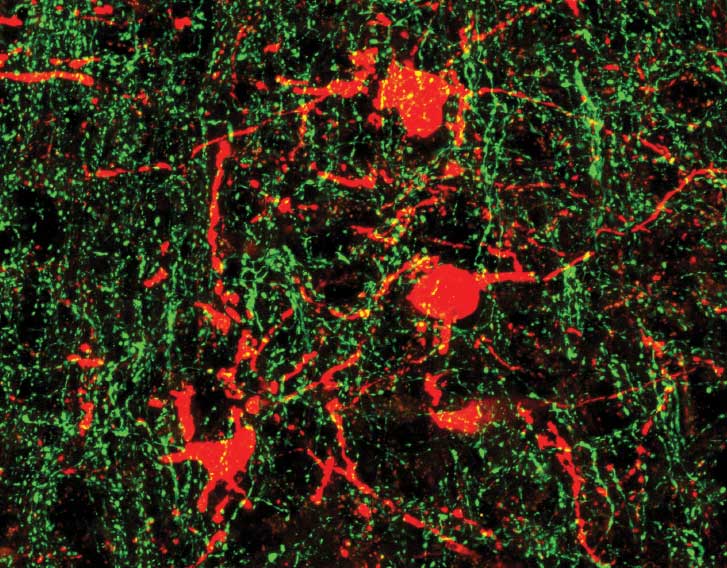 Image courtesy of Christopher Chen, who completed his Ph.D. in Dr. Khodakhah’s lab and is now a postdoctoral student at Harvard Medical School.

Shining a Light on the Human Brain