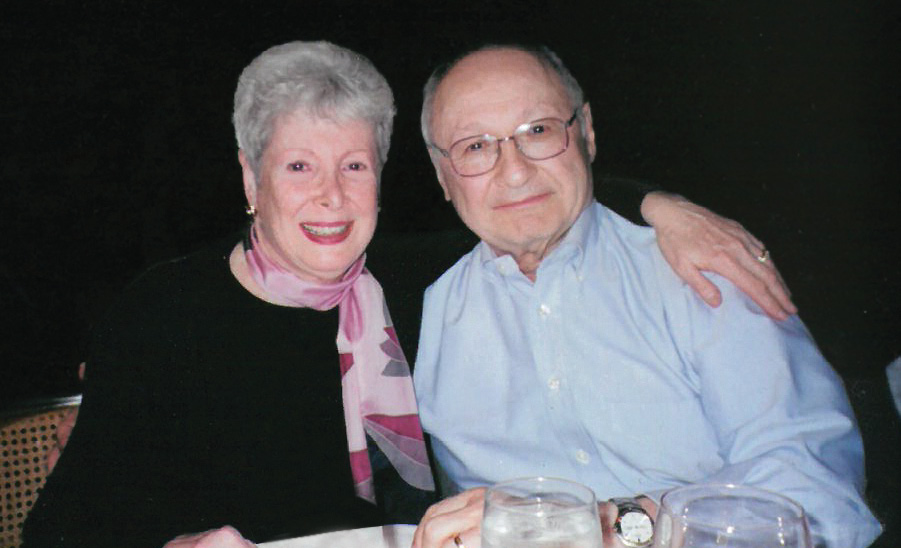 Emanuel Phillips, M.D. ’59, is a member of Albert Einstein College of Medicine’s first graduating class. He went on to serve in the U.S. Army as a medical officer and then returned to Einstein to teach internal medicine and care for families in the Bronx and surrounding communities for more than three decades. But his eminently successful medical career nearly didn’t happen.

Dr. Phillips’s family fell on hard times while he was in medical school, and only with financial support from Einstein was he able to graduate. He has been returning the favor ever since. In his most recent act of generosity, Dr. Phillips and his wife, Iris, announced a $2 million endowed scholarship enabling talented students to pursue careers in science and medicine. His gift (contributed in the form of a bequest), which is in addition to nearly $250,000 he had given to Einstein earlier, will support aspiring physicians and researchers for generations to come.

In reflecting on his connection to Einstein, Dr. Phillips says a lot has changed since he first set foot on campus, but one thing in particular remains constant: the idea that everyone deserves quality healthcare delivered by well-trained, compassionate physicians. Here, he answers a few questions about his history—and future—at Einstein.

What was it like to walk into a brand-new medical school?

Back then, the school consisted of one building—Forchheimer—and it wasn’t even totally finished. Some of the rooms still contained scaffolding, and we saw workmen all around. Some of the creaks didn’t come out until after the first few weeks, but that didn’t matter. We had a table for anatomy dissections and nice lecture halls.

And it was an exciting time! Even though it was a new school, it was strongly connected to the past. The faculty brought in wonderful lecturers from far and wide, some quite famous. I remember being impressed when the pediatrician Béla Schick, founder of the Schick test, which helped eradicate diphtheria in this country, came to talk. I felt like I was following in the tradition of a long line of extraordinary physicians.

Aside from having grown, how has Einstein changed?

Now, when I walk in, I notice right away that it’s much more heterogeneous. Our class was all white and Jewish, and there were only three women. Today it’s much more diverse and welcoming, which is a good thing. When I started out, you couldn’t get into some medical schools because you were Jewish. Those barriers based on race, ethnicity, income, or other factors just shouldn’t exist.

How did you meet your wife, Iris?

For many years, I was all wrapped up in my work and my parents, and I didn’t have much time to socialize. One of my medical colleagues wanted to introduce me to Iris, but I had just been treated for bladder cancer and wasn’t quite ready. After six months, I learned I had been cleared of the tumor, and I decided “Now’s the time.” I met this lovely woman and thought “This is the one for me.” We went on our first date in December 1984 and were married by the following May. So that’s been it for more than 35 wonderful years.

Members of Einstein’s first graduating class gather for a group photo on June 10, 1959, outside the Van Etten Building. Dr. Emauel Phillips is pictured in the top row, the 10th person from the left.

Did undergoing treatment for cancer change how you interact with your own patients?

It sure did. There’s nothing like being in the bed yourself to change your perspective. I remember feeling crazy with worry, waiting for 10 days for the pathology report to come back after I had a biopsy. After that, I tried to be as responsive to my patients as possible. I also became a better listener.

What do you value most from practicing medicine?

Looking back, what gave me warm feelings were the connections I made with my patients. I often took care of multiple generations of the same family. Some of the kids are now adults and still call to check on me. I get holiday cards. When I practiced, you were more socially connected to your patients. If someone called because they were hurt or seriously ill, I’d say, “Meet me at the emergency room and we’ll take care of it.” I treated people in the hospital and made house calls when I could. There was a personal touch that I think is quite lacking in medicine today.

What led you and Iris to establish an endowed scholarship?

In my fourth year of medical school—it’s still difficult for me to talk about—my father became very ill and our finances were strained. I didn’t know how I was going to get through it. I went to my adviser crying because I felt the shame of being a 25-year-old man in need of financial support. An assistant dean got me the funds I needed to complete my education.

I’ve never forgotten that. Einstein gave me my profession, my livelihood, my purpose, really—and I’m grateful. My wife and I agreed that lack of funds shouldn’t be a barrier to a good medical education. This is our way of helping to equalize things, so that someone who’s talented and has a desire to practice medicine can, and then pay it back by serving the community.

By creating an endowed scholarship, we hope that the funds will be self-perpetuating. My dream is that someday there’d be enough for every student to go to school tuition-free. Then students wouldn’t have financial pressure or debt; they could practice humane rather than businesslike medicine. There’s this old Yiddish expression I love: “The shrouds have no pockets,” which means “You can’t take it with you.” My wife and I have no heirs. Our donation will help train the next generation of physicians—that’s my progeny, my DNA.

What is your advice to students?

One of the most important things I imparted was how to handle difficult aspects of being a physician, like telling a patient about a cancer diagnosis—how to be optimistic, but also help carry people through a difficult time. I want students to understand that it’s not all peaches and cream in life. Compassion is what sees you through.

Easing the Burden of Medical Debt