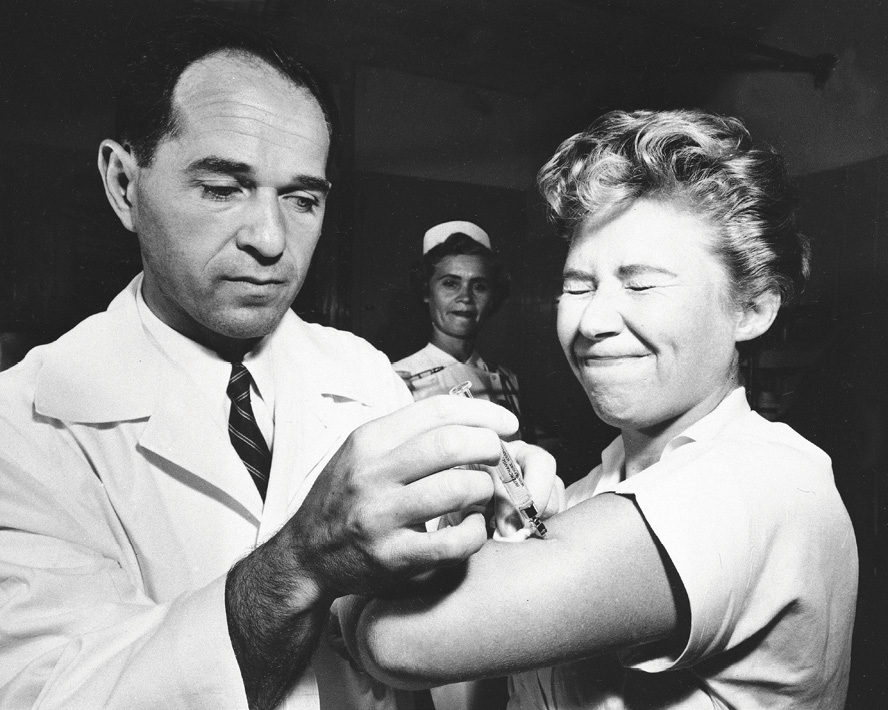 When pandemic flu threatened New York in 1957, Montefiore Hospital nurse Marjorie Hill received the first shot citywide, from Joseph Ballinger, M.D. Like today’s coronavirus pandemic, the 1957–58 flu outbreak originated in China. It claimed 116,000 lives in the United States and was highly contagious, spreading to more than 20 countries in less than four months. The rapid development of a vaccine in this country—the U.S. Public Health Service released virus cultures to manufacturers in May 1957 and the vaccine entered trials in late July 1957—probably helped curb the number of deaths in the United States.