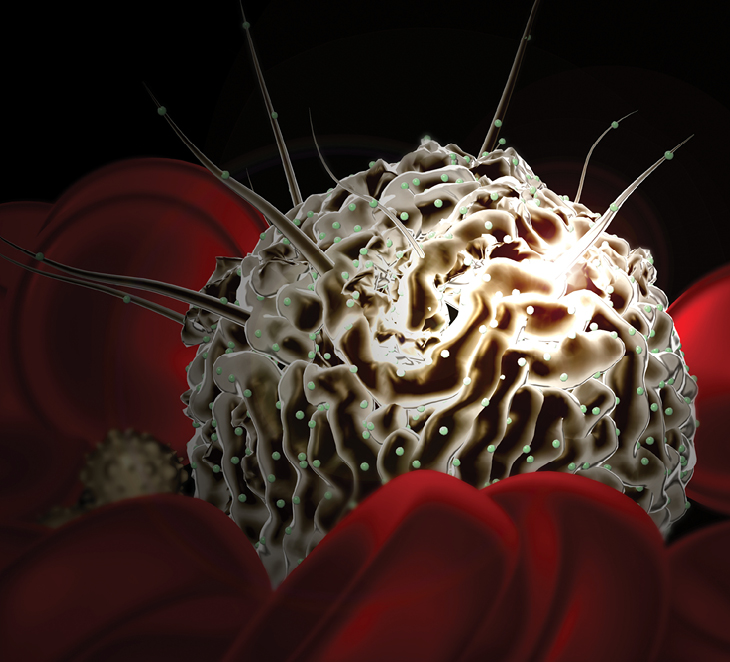 The study’s findings may lead to strategies for making more stem cells available in the blood for use in bone-marrow transplants.

Hematopoietic stem cells (HSCs) reside in the bone marrow and produce all of the body’s blood cells. Clinicians can stimulate HSCs to enter the bloodstream, where they can be harvested and used for bone-marrow transplantation to treat cancers and other conditions. But just where HSCs actually “live” in the bone marrow has been highly controversial, and the mechanisms involved in mobilizing HSCs to leave the bone marrow have not been well understood.

In a study published online on June 25 in Cell Stem Cell, David Fooksman, Ph.D., and colleagues used two-photon- laser-scanning microscopy to observe labeled HSCs in the bone marrow of living mice for several hours. HSCs were thought to remain stationary within the bone marrow, but the researchers found that the survival of HSCs requires that they move around constantly.

In addition, Dr. Fooksman and his team showed that blocking a receptor on HSCs, called CXCR4, halts their movement within the bone marrow and causes them to enter the bloodstream. The findings reveal the unexpectedly dynamic nature of HSCs while in the bone marrow and may lead to strategies for making more HSCs available in the blood for use in bone-marrow transplants.

Dr. Fooksman is an associate professor of pathology and of microbiology & immunology at Einstein.