Amanda North, M.D., works with a pediatric patient at Montefiore Medical Center in the Bronx.

When she was a medical school student, Laena Frechette, M.D., thought she had a pretty good idea of what urologists looked like (male) and what sorts of ailments their patients had (prostate problems and urination difficulties). Then, during her third year at Einstein, she started her surgery rotations at Montefiore. She discovered that urology is not at all limited to treating older men—instead, about 30% of all adult patients nationwide are women. She also found that female mentorship matters.

“I ended up meeting so many empathetic female urologic surgeons here that it made it easy to envision myself as a urologist,” she says. After graduating from Einstein this past May, Dr. Frechette entered a urology residency program at the University of Rochester Medical Center—one of two women from Einstein’s Class of 2020 who chose the specialty. “I was used to seeing so many women on the faculty who were urologists that I thought it was normal,” she says. “I learned in my interview season how rare that is. Something really special is happening at Einstein and Montefiore.”

Ahead of the Curve

Women make up just under 10% of practicing urologists nationwide, according to a 2019 report by the American Urological Association—but at Einstein and Montefiore, they represent more than 40% of urology department physicians. 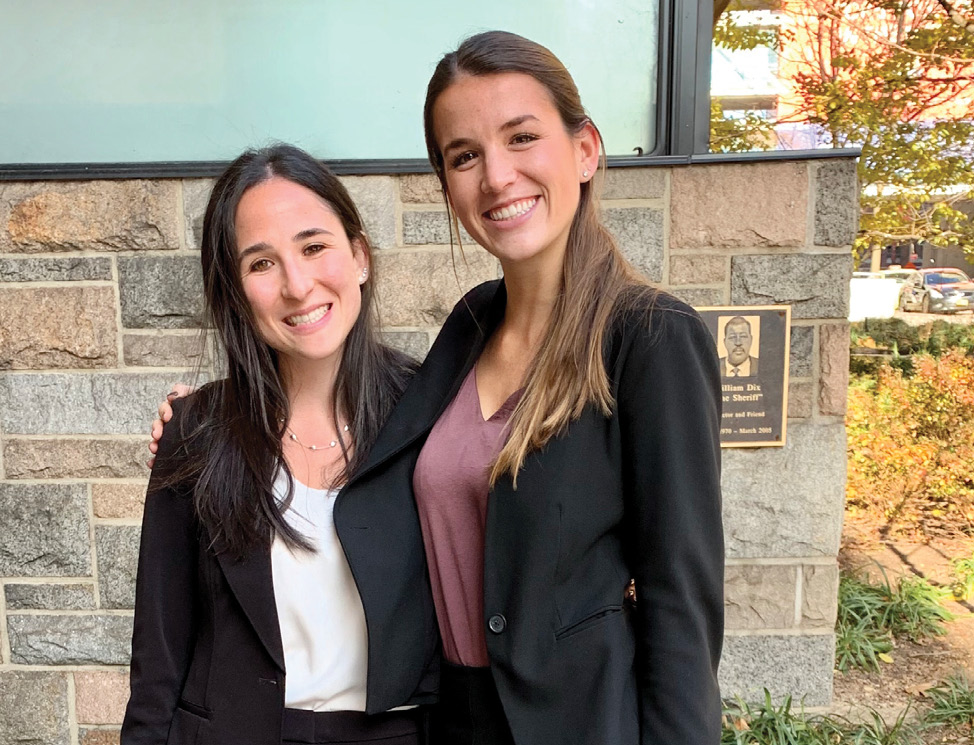 “I’m incredibly proud of the fact that there’s greater gender balance in our department,” says Mark P. Schoenberg, M.D., professor and chair of urology at Einstein and Montefiore. The institution where he worked before coming to the Bronx in 2014 “was essentially all male, and I can tell you the vibe was very different.”

Amanda C. North, M.D., associate professor of urology at Einstein and a practicing urologist at Montefiore, points out that women now make up more than 50% of enrolled medical students nationwide, according to 2019 data from the Association of American Medical Colleges. “If we want the very best practitioners,” says Dr. North, “then we should strive for that percentage among urologists.” 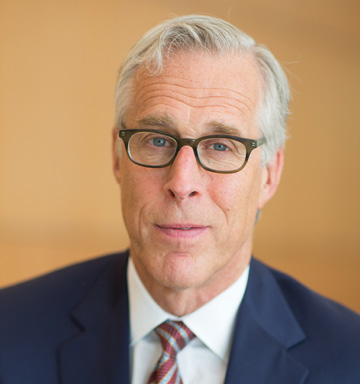 I’m incredibly proud of the fact that there’s greater gender balance in our department.

In her practice, Beth Drzewiecki, M.D., associate professor of urology at Einstein and a clinical urologist at Montefiore, spends about half her time in the operating room and the other half caring for clinic patients. “Surgeons want to fix things, and I think most of us consider ourselves surgeons first,” she says. “But we’re also able to treat patients nonsurgically.”

While Allison Grant, M.D., was doing her clerkship at Montefiore, she found this spectrum of treatment approaches appealing. “Say you go to your internist, who says you have a high cardiovascular risk score,” she says. “The internist sends you to a cardiologist, who does evaluations, tests, and procedures. And then separately there are cardiac surgeons for those who need heart surgery. But in urology, you do it all.”

Dr. Grant, who like her best friend Dr. Frechette graduated from Einstein in May, says her clerkship experience helped her decide to make urology her career. She entered a urologic residency program at NewYork-Presbyterian Hospital’s Columbia campus this past summer. 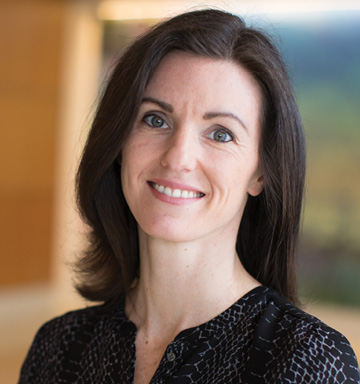 We have significantly increased our knowledge of how to approach patients.

Urology also stands out because it encompasses diverse health issues. “A small segment of problems in urology is very male-specific—prostate cancer, erectile dysfunction, testicular problems—and a lot of pediatric urology is also male-dominated, because there are more parts to go wrong for boys,” Dr. Drzewiecki notes. “But men and women share many other urologic problems, including bladder and kidney cancer, kidney stones, and blood in their urine.”

Nitya Abraham, M.D., associate professor of urology at Einstein and a urologist at Montefiore, specializes in female pelvic medicine and reconstructive surgery. “During my residency, whenever I had a female patient, she’d say, ‘Oh, I’m so relieved to see a woman!’ I almost felt obligated to pursue this as a subspecialty because it provided my female patients so much comfort,” she says.

Dr. Schoenberg noted that Dr. Abraham’s area of expertise “is the fastest-growing specialty in urology” as women become more aware that treatments exist for age-related problems such as pelvic organ prolapse and urinary incontinence. Dr. Abraham says that women had been reluctant in the past to get these problems addressed because “they thought it was just a part of getting old. Men, on the other hand, wanted erectile dysfunction addressed right away.”

One patient, a 64-year-old Orthodox Jewish woman from Brooklyn, says she came to Dr. Abraham after a different surgeon tried to repair her prolapsed vagina and bladder but failed. “I sometimes couldn’t urinate and had to have a catheter,” says the woman, who asked to be identified only as “Mrs. A.”

Dr. Abraham performed a successful repair and made the patient feel completely at ease. “It makes a very big difference having a woman urologist,” Mrs. A. says. “I’m religious, and it feels more comfortable with a lady around. She was very, very nice and calming. She gave me a lot of support.” 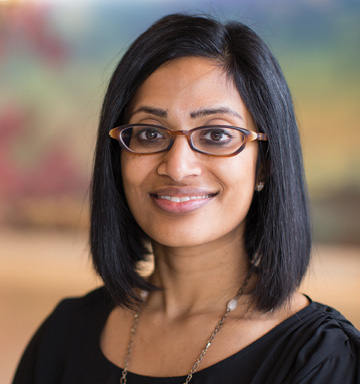 During my residency, whenever I had a female patient, she’d say, ‘Oh, I’m so relieved to see a woman!’

Three of Einstein and Montefiore’s 17 urologists specialize in pediatric urology (two are women), and the demand is so great that the medical school and health system are looking to hire a fourth.

“Our obstetrics and gynecology department has outreach clinics all over the Bronx and into Westchester County, and it funnels cases to us through maternal-fetal medicine,” says Dr. North, who focuses on congenital disorders of the urinary tract. “I probably see one or two prenatal cases a week.”

The most common condition she encounters is hydronephrosis, or fluid in the kidneys. The condition usually rights itself during fetal development, “but the rest of the time babies need more intervention, possibly surgery, soon after birth.”

Other conditions that pediatric urologists commonly fix are hypospadias, in which the urethra comes out on the underside of a baby’s penis instead of at the tip, and orchiopexy, where undescended testicles must be moved into  the scrotum.

Among Dr. North’s most fulfilling recent cases was that of a 5-year-old girl whose parents brought her to Montefiore’s pediatric urology clinic because she was constantly wetting her pants. “I saw that she was dripping urine and knew exactly what was going on,” Dr. North says. “A sonogram showed that the ureter from her right kidney was draining into her vagina instead of her bladder. We moved it where it belonged, and after her surgery she proudly showed me her new princess underwear. That family was so grateful—they thought it was all in her head.”

Pediatric urologists also perform a surprising number of circumcisions on older children, many from the Bronx’s large Bengali community. “In Bangladeshi culture circumcision is done right before puberty,” Dr. North says, “so I end up doing many of them on children who are ages 8 to 10.”

Another practice area is the treatment of babies born with various intersex conditions, a focus of Dr. Drzewiecki’s practice. “It is a very controversial subject right now—bodily autonomy and performing operations on children who have no say in them,” she says. “We have significantly increased our knowledge of how to approach patients. I would never, ever force surgery on any family who wasn’t prepared for it or didn’t understand the implications.” Accordingly, she works with a multidisciplinary team of endocrinologists, geneticists, and psychologists.

Source: American Urological Association, The State of the Urology Workforce and Practice in the United States, 2019

Surprisingly, Drs. Abraham, Drzewiecki, and North say that they haven’t run into much resistance from male patients. “I feel men end up being more comfortable speaking about urology issues to a woman,” Dr. Drzewiecki says.

“Both male and female patients are often surprised when they meet me,” Dr. Abraham says with a laugh. “Because of my name, they assume I’m an older Jewish guy.” (She is descended from an ancient community of Christians in southern India whose members adopted biblical surnames.)

All three spoke of their joy in being able to “offer treatment that can be so life-changing for people.” As Dr. North recalled: “The chairman who trained me used to say, ‘There are no unhappy urologists because we make people feel better.’”