Edward Chu, M.D., M.M.S., has been named the director of the National Cancer Institute (NCI)–designated Albert Einstein Cancer Center (AECC), the vice president for cancer medicine at Montefiore Medicine, and a professor of medicine and of molecular pharmacology at Einstein, where he will hold the Carol and Roger Einiger Professorship of Cancer Medicine.

Dr. Chu, who started his new roles on Oct. 1, 2020, will unite Einstein’s and Montefiore’s cancer programs into an integrated research and clinical enterprise.

Dr. Chu is a National Institutes of Health–funded basic, translational, and clinical investigator and a clinical oncologist with a history of developing and leading phase 1 and phase 2 clinical trials, particularly for colorectal and other gastroenterology cancers.

With his expertise in cancer pharmacology and drug development, he has been active in designing and developing novel agents and treatment approaches. His research has focused on the molecular mechanisms underlying drug resistance. Additionally, he has studied Chinese herbal medicine and its integration with standard care, with the goal of improving outcomes and reducing the toxic side effects of chemotherapy.

The AECC was one of the first three academic cancer research centers to receive an NCI designation, which it has held since 1972. Under more than two decades of leadership by I. David Goldman, M.D., researchers have made fundamental discoveries revealing how cancers form, grow, and spread. The AECC works with the Montefiore Einstein Center for Cancer Care to conduct hundreds of clinical trials a year. Approximately 80% of its clinical-trial participants are racial or ethnic minorities, and it is one of only 14 minority/underserved clinical sites designated by the NCI Community Oncology Research Program.

Dr. Chu is a native New Englander. He received his undergraduate, master’s, and medical degrees from the Brown University Program in Liberal Medical Education and stayed on at Brown to do his internal medicine residency.

He has received numerous academic honors, has authored more than 200 research papers, and holds a patent on a novel siRNA therapeutic molecule. 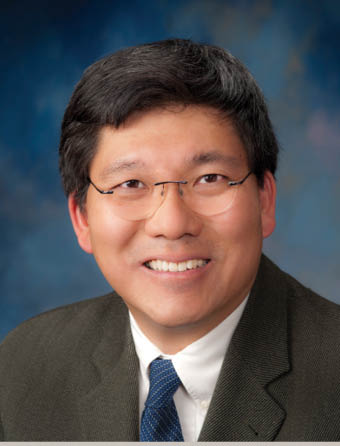