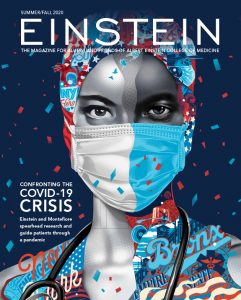 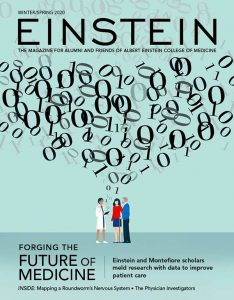 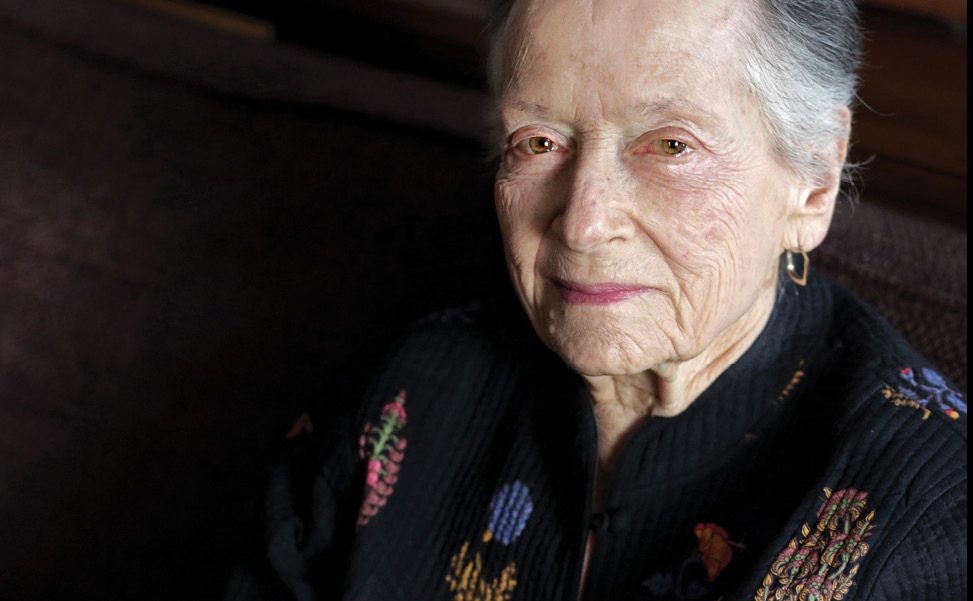 Once every month, retired Justice Felice K. Shea walks into a packed room of 20 lawyers and 100-plus people who are looking for legal advice. It’s all part of Monday Night Law, a community-service program providing free counsel to people who can’t afford it and sponsored by the New York City Bar Association.

The COVID-19 pandemic halted the program, but Justice Shea, a member of the board of trustees for Montefiore Health System for the past two decades, plans to continue giving free consultations once it resumes. “There’s a huge shortage of lawyers for people who can’t afford to pay,” she says. Maybe these people have been discriminated against at work. Maybe they’ve been forced out of their housing. Or maybe they are getting the runaround on a federal benefit check. “We explain how the system works and connect them to community resources,” she says.

Justice Shea served on the New York State Supreme Court for more than 20 years. Running through her professional and personal life is her belief that people at every level of society deserve equal rights, opportunity, and treatment.“To me, a law degree was a springboard for making a difference in this world,” Justice Shea says. “Law seemed like a good vehicle for helping people who were most in need.”

Part of that social-justice mission involves providing good healthcare, which is central to a community’s well-being, she says. “Healthcare is a human right,” she says. “And good healthcare, respectfully given and patient-centered, is what Montefiore is all about. To me, that is social justice.”

To that end, she has carried on her family’s tradition of serving Montefiore. “My parents were both active Montefiore trustees,” she says. “My mother was also a member of the women’s auxiliary and worked in the library—I remember her wheeling around carts of books to patients.”

In 1947, married and with a young child, Justice Shea made a bold and rare move for that time—she enrolled in Columbia Law School as one of 10 women in a class with 235 men. She graduated three years later into a field with few opportunities for women. “Women weren’t even interviewed for jobs at law firms,” she says. “So I always knew I was going into public service.”

After having two more children and working part-time for a few years, she became an attorney for the Harlem branch of the Legal Aid Society, spending most of her days in court. “The work of representing indigent clients was very satisfying,” she says. “And I got an enormous amount of litigation experience, which was a good background for being on the bench.” Justice Shea served on the Civil and Family Courts before she was elected to the New York State Supreme Court and served until retiring at the end of 1999.

“It fits into my idea of doing good, of helping to improve people’s quality of life.”

A Force for Good

In retirement, Justice Shea continues working to improve the courts. She has represented children in Family Court. She has served as a referee for the New York State Commission on Judicial Conduct (where she was formerly a commissioner), which hears complaints of ethical misconduct by judges. She also has served on the Mayor’s Advisory Committee on the Judiciary, the Dean’s Council of Columbia Law School, and the board of the Correctional Association of New York, in addition to her work on the Montefiore board of trustees.

She supports Montefiore through unrestricted giving because she values its contributions to the Bronx, home to some of the poorest and most-vulnerable populations in the nation. “It fits into my idea of doing good, of helping to improve people’s quality of life,” she says. “This institution provides community outreach in addition to first-rate healthcare and is truly a force for good.”

Her generosity and the contributions of others help fund Einstein and Montefiore initiatives to advance social justice. “We can’t do the work without the support of people like Justice Shea,” says Alan Shapiro, M.D., clinical assistant professor of pediatrics at Einstein and senior medical director of community pediatrics programs at Children’s Hospital at Montefiore.

Dr. Shapiro is also the medical director of the immigrant assistance group Terra Firma, a collaboration between Montefiore, Children’s Health Fund, and Catholic Charities (learn more about Terra Firma, below). “I’ve witnessed firsthand how Terra Firma can lift people up and improve the well-being of an entire community,” he says.

Justice Shea’s advice to younger people who want to make a difference is to start small—to look for ways to help in their own communities. “That’s always where the path toward progress begins,” she says. 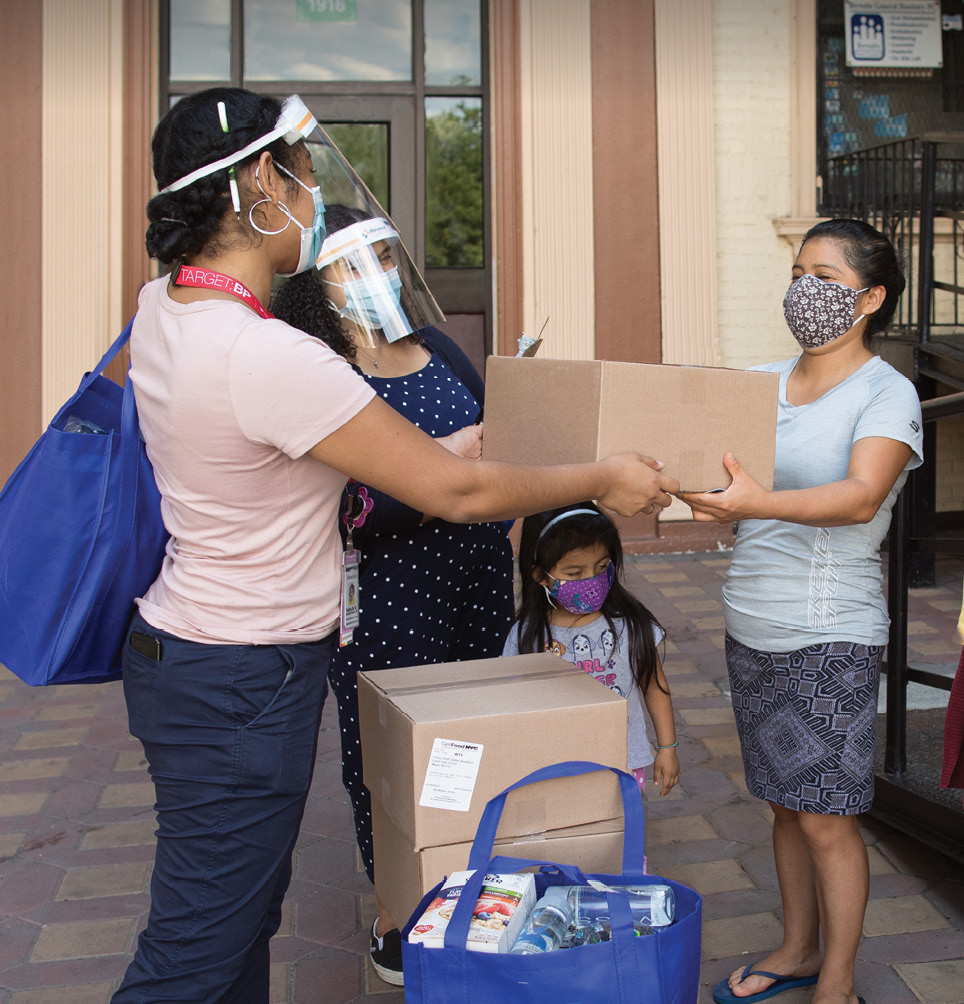 A Terra Firma worker hands a woman a box containing food from the emergency pantry.

On a Mission to Improve Health:
3 Programs That Help the Most-Vulnerable

Terra Firma provides healthcare, food, and other necessities to immigrant children and their families. “If we want to improve the well-being of an individual or a community, we can’t ignore inequalities,” says Alan Shapiro, M.D., its medical director. “By providing vulnerable populations with equal access to healthcare and other resources, we can help them live longer, healthier lives.”

For many patients in the Bronx, the COVID-19 pandemic has been financially devastating, says Terra Firma’s program administrator, Mia Stange, M.P.H. “Our health center has set up an emergency pantry with food, household items, and emergency cleaning supplies, as well as bilingual education materials about COVID-19,” she says. Many of Terra Firma’s youth and families are ineligible for federal relief, unemployment, and other safety-net benefits, says program specialist Felin Martinez. An in-house pantry, she says, “allows them access to resources they desperately need.”

Leroy, who arrived from Honduras four years ago, says Terra Firma “is like part of my family.” (He requested that his last name not be used.) Separated from his mother at age 8, Leroy grew up selling fish and fending off gangs instead of going to school. At 17, he fled to the United States, where he was reunited with his mother while awaiting his immigration hearing. “Terra Firma helped me learn English, to find a lawyer, and to get a job because I need to work to help my mother,” he says.

He also received counseling to help deal with the trauma of his childhood. “I kept having bad dreams. My doctor helped me put the bad stuff behind me,” he says. With experience working as a carpenter and roofer, he says that he’d like to own his own business. “I want to help other people and give them jobs,” he says. “That’s my dream.” 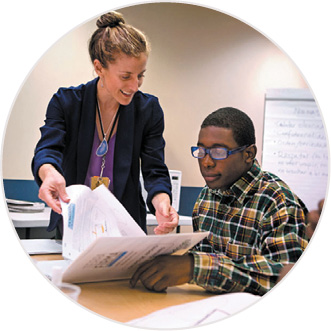 By 2005, Chinazo Cunningham, M.D., M.S., associate division chief of general internal medicine at Einstein and Montefiore, had worked for nearly a decade bringing healthcare to the marginalized—people who were HIV positive, addicted to opioids, and homeless. The U.S. Food and Drug Administration had just approved buprenorphine, a breakthrough treatment for opioid addiction that could be used in any setting. Dr. Cunningham had an epiphany: “I realized that buprenorphine was going to change people’s lives because it could be used in primary care to treat their addiction.”

That idea helped create one of the largest academically affiliated addiction-treatment programs in the United States, with more than 50 doctors treating patients in seven primary-care clinics in the Bronx. “We’ve been at the forefront of integrating opioid addiction into primary care,” Dr. Cunningham says.

One way to accomplish that, she says, is to provide funds to teach workers across the healthcare system—emergency-care physicians, obstetricians, pediatricians, and others—how to identify and treat addiction. One of her goals is to help create a center for addiction that will care for patients, conduct research, and educate healthcare workers as well as the community. “This is how we synergize our efforts across all of Einstein and Montefiore,” she says. “We’ll be able to take our work to the next level, combating addiction in our community and across the country.” 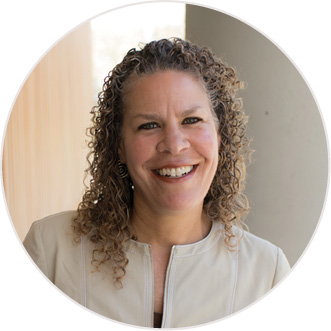 One goal of Chinazo Cunningham, M.D., is to create a center for addiction.

Residents who work with underserved populations must get to know their communities, says program co-director Shwetha Iyer, M.D., associate professor of internal medicine and of family and social medicine at Einstein. “Regardless of what population you treat, if you don’t know who you are serving and the specific issues they face, you can’t do a good job taking care of patients,” she says.

“One of the first things we do is spend a month introducing residents to the Bronx—the people living here and the structural barriers in place,” Dr. Iyer says. In their second year, they learn about “liberation medicine” and how to partner with community organizations. By year three, they are shadowing physicians in homeless shelters, prisons, and methadone-maintenance centers.

“Young physicians come to realize that the community has tremendous resources that they can draw on to help improve their health,” she says. The primary-care and social-medicine residency has earned a national reputation for training physicians who become leaders in public health, research, education, and clinical care. 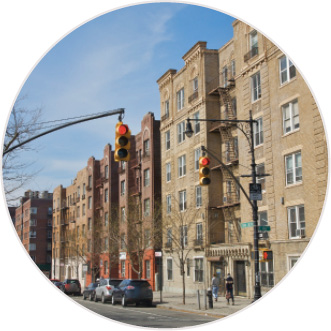 Residents learn how to partner with community organizations in the Bronx. 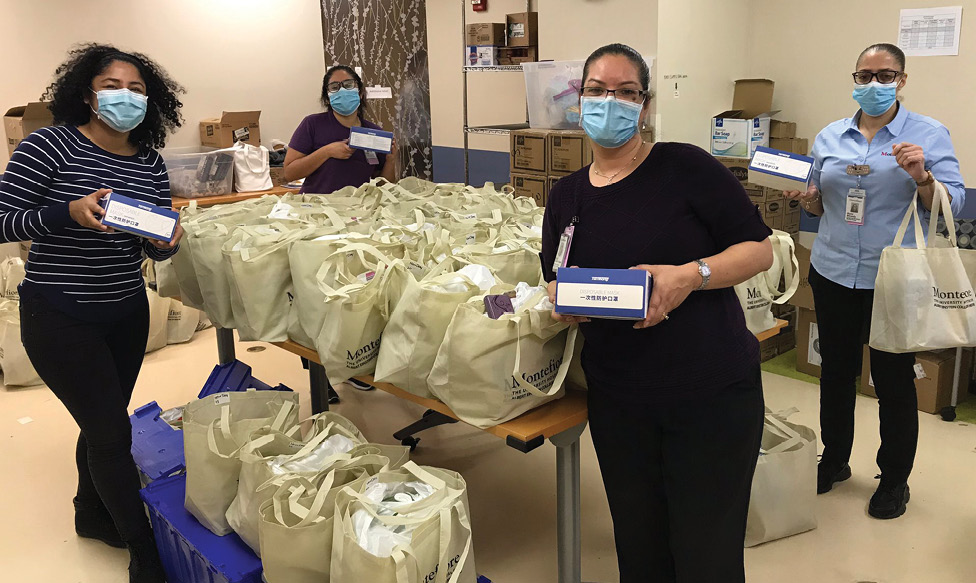