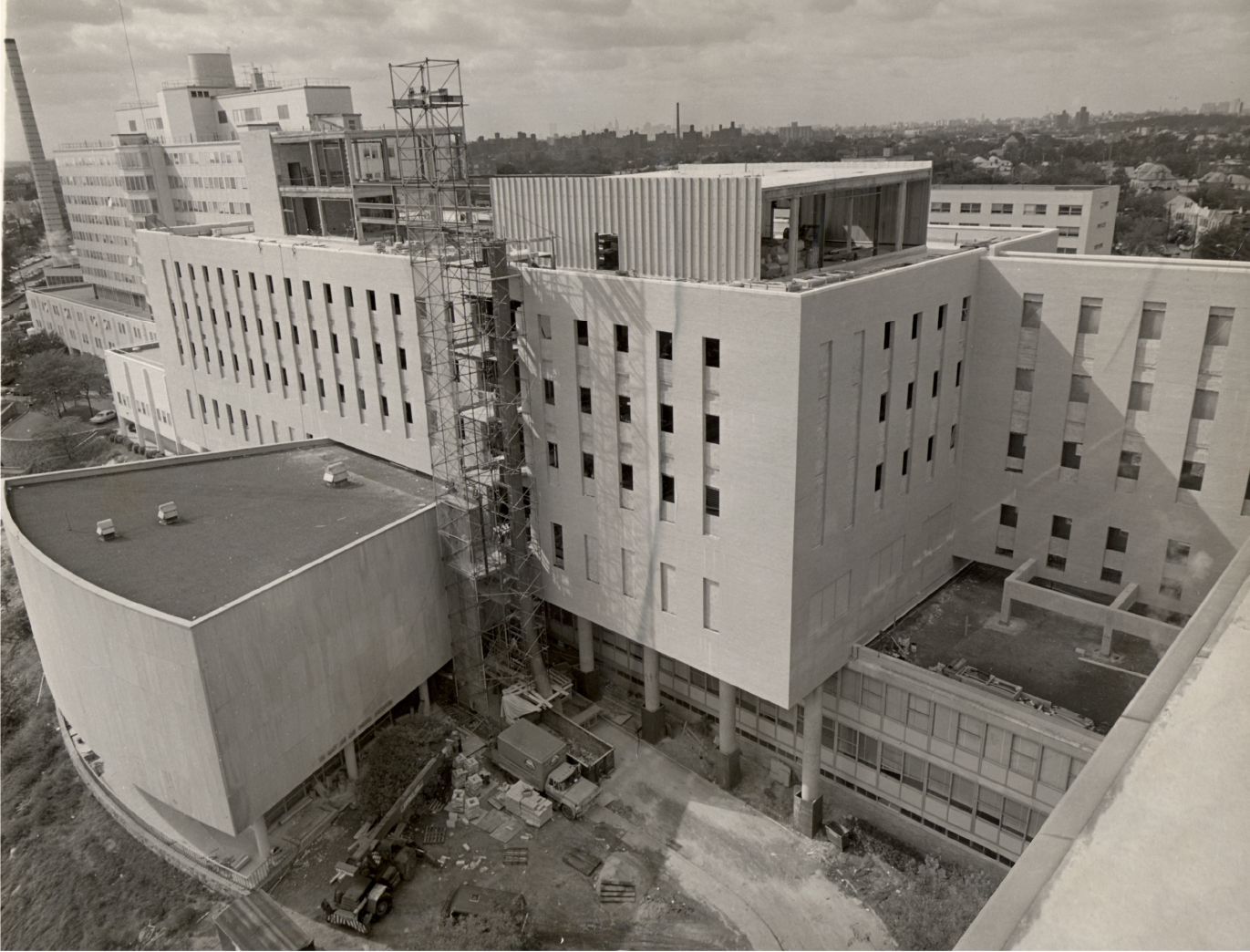 The six-story Irwin S. and Sylvia Chanin Institute for Cancer Research was dedicated 40 years ago, on Nov. 15, 1978. The driving force behind its construction was Harry Eagle, M.D., Einstein’s associate dean for scientific affairs at the time. He submitted grant proposals asking the National Cancer Institute to fund a facility devoted to the basic study of cancer, raising more than $10 million of the Chanin Building’s $11.5 million cost.

Dr. Eagle previously worked at the National Institutes of Health, where he developed Eagle’s minimal essential medium—a mixture of amino acids, salts, glucose, and vitamins that allowed animal cells to multiply in tissue culture. The breakthrough led to important research on cell metabolism, viruses and cancer.

This 1977 photo of the nearly completed Chanin Building shows that it extends over part of the Forchheimer Building, is supported by a series of concrete columns, and is adjacent to Robbins Auditorium. As was true 40 years ago, virtually all of the 200 scientists now working in Chanin are involved in some aspect of cancer research.