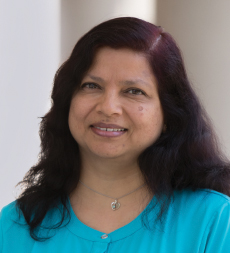 In her leisure time, she can sometimes be found at her dining room table, translating scenes from nature into colorful paintings.

Although the two disciplines—keystrokes on the one hand, brushstrokes on the other—may seem worlds apart, Prathima Pailoor sees a link. “Both involve creativity,” she says. “With technical writing, it’s about how to present the material in a better way so that people will understand it and even want to read it.” Her current work focuses on creating simplified user guides to help members of the Einstein community with the software applications the IT department supports.

Dabbling with colors can open other dimensions, which may turn out to be enriching—emotionally, psychologically and at times financially.”

Einstein had a preview of her work recently when her acrylic painting Your Majesty was chosen as the cover art for the 2018 issue of Ad Libitum, the annual literary and arts magazine showcasing the work of Einstein’s students, faculty and staff.

Based on a photograph, it depicts a peacock, India’s national bird and a particular favorite of Ms. Pailoor. “I love everything about the peacock,” she says. “The colors, the way it walks, the way it dances.” She may understand the peacock and its movements better than most artists: As a young, classically trained dancer in Bangalore, she says, she performed the role of a peacock in traditional Indian dances.

Ms. Pailoor joined Einstein in 2017 after a stint as a technical writer for the state government in North Dakota. Her husband, Anil, is a clinical technologist at Montefiore. Their daughter, Priya, is a freshman at Johns Hopkins University.

Born and reared in Bangalore, India’s third-largest city (now known as Bengaluru), Ms. Pailoor graduated from Bangalore University with a degree in commerce and accounting, then went on to earn several postgraduate diplomas, including one in technical writing. She worked as a technical writer for a software company in Bangalore before immigrating to the United States in 2015.

She says she has been painting for “as long as I can remember” and credits her mother as her inspiration. “She paints, and most of my family members paint, although nobody has taken it up as a profession,” Ms. Pailoor says.

These busy days, painting is a now-and-then activity. “Once I pick up a brush I do a lot of painting,” she says. She doesn’t have a studio but says she finds the family’s dining room table “ideal—you can spread out your paints and brushes and rags.” Ms. Pailoor works in both watercolors and acrylics. She likes watercolors for their sense of mystery and acrylics for their opacity, which makes it easier to correct mistakes.

Ms. Pailoor says she was surprised and honored to be selected as Ad Libitum’s cover artist, which has encouraged her to keep at her craft. She next wants to try her brush on some winter scenes.

Would she recommend painting as an avocation to other people? “Absolutely,” she says. “Dabbling with colors can open other dimensions, which may turn out to be enriching—emotionally, psychologically and at times financially.” 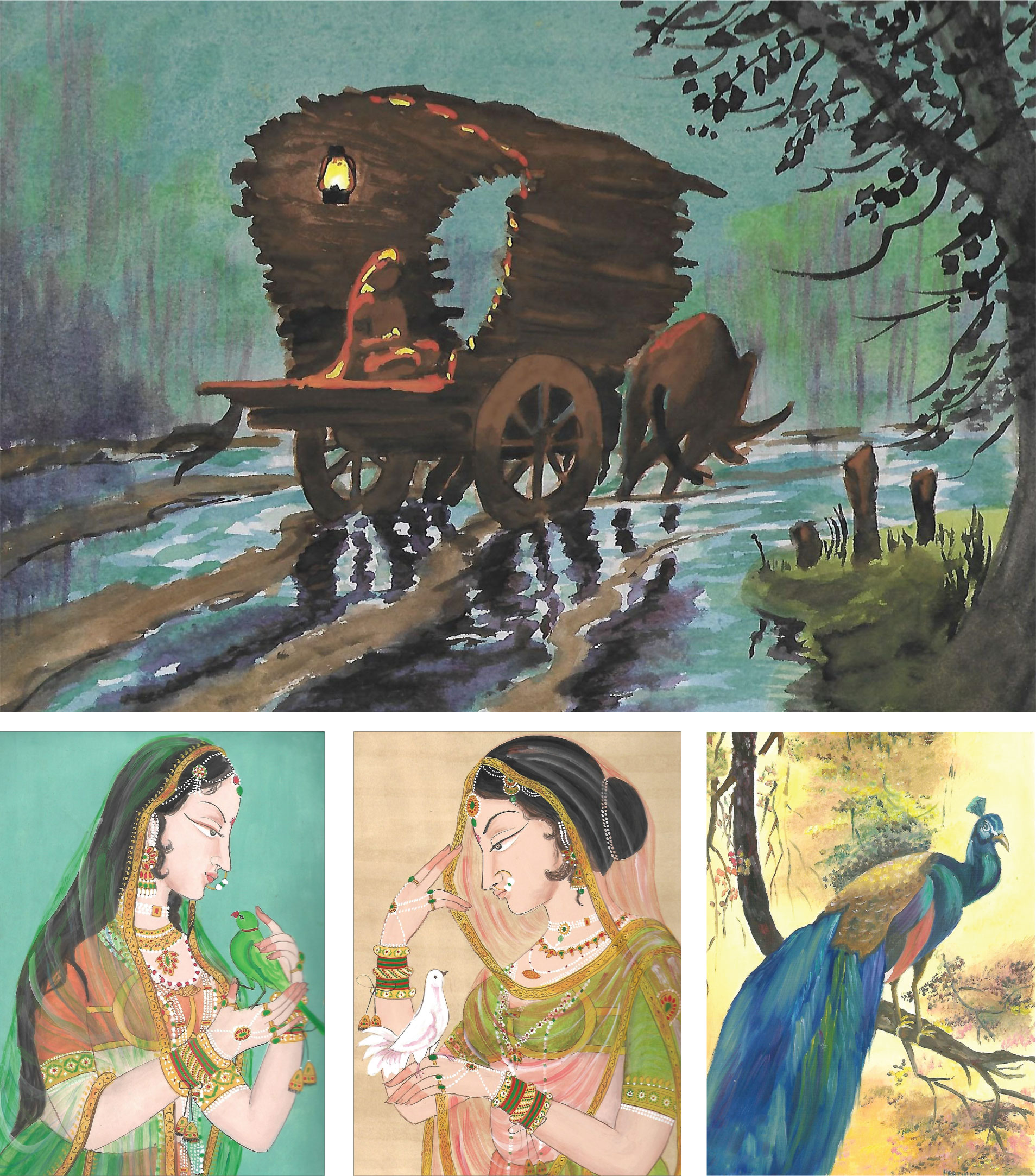 A peacock, above at right, painted by Prathima Pailoor graces the cover of Einstein’s 2018 Ad Libitum arts magazine. Numerous smaller birds are also among her subjects. Other favorites are portraits of women, like the two pictured above, and rural scenes, like the ox pulling the wagon, at top. She says she is inspired by the vibrant colors and intricate patterns of Rajasthani art, named for the state of Rajasthan in western India.