A Q&A with Dr. Peter Selwyn

Peter Selwyn, M.D., M.P.H., is perhaps best known for his work in HIV/AIDS care, chronicled in his memoir Surviving the Fall: The Personal Journey of an AIDS Doctor. He has also made significant contributions to the fields of substance abuse and palliative care.

What was it like starting your residency at Montefiore in the early days of the AIDS epidemic?

It was overwhelming seeing all these young people getting sick and dying. Montefiore essentially became an AIDS hospital. Things were bleak until 1987, when AZT, the first antiretroviral, came out. It wasn’t very effective as a single drug, but it was a symbolic shift. For the first time, it seemed that this disease might be treatable.

From a professional perspective, do you miss the intensity of that era?

Certainly not the desperate intensity of caring for people with an incurable illness. At the same time, it was exciting being in the danger zone. Residents and attendings were all learning together because no one knew what this disease was about. And it was remarkable to see everyone—epidemiologists, infectious disease specialists, virologists—come together in such a short time to lay the groundwork for developing effective therapeutics.

What are the key challenges in HIV/AIDS today?

Access to care, especially internationally. And while people with HIV are living longer, they are experiencing a whole range of early chronic illnesses: heart disease, diabetes, lung disease—and on and on. This is the second wave of HIV.

How did you get involved in palliative care?

In the first decades of the AIDS epidemic, everyone was a de facto palliative-care specialist, including me. My interest in the field grew even as HIV infection became a manageable illness. There’s a major need for end-of-life care, with not enough physicians trained to provide it. Unfortunately, there’s also resistance to palliative care. After World War II, the idea that the miracles of modern medicine could keep almost anyone alive became the norm. Death became marginalized and sanitized, pushing aside palliative-care discussions. It didn’t help that the issue became politicized, with distortions about “death panels.” But when you give people choices about hospice care or home care and align the care with their needs and values, they embrace palliative care. 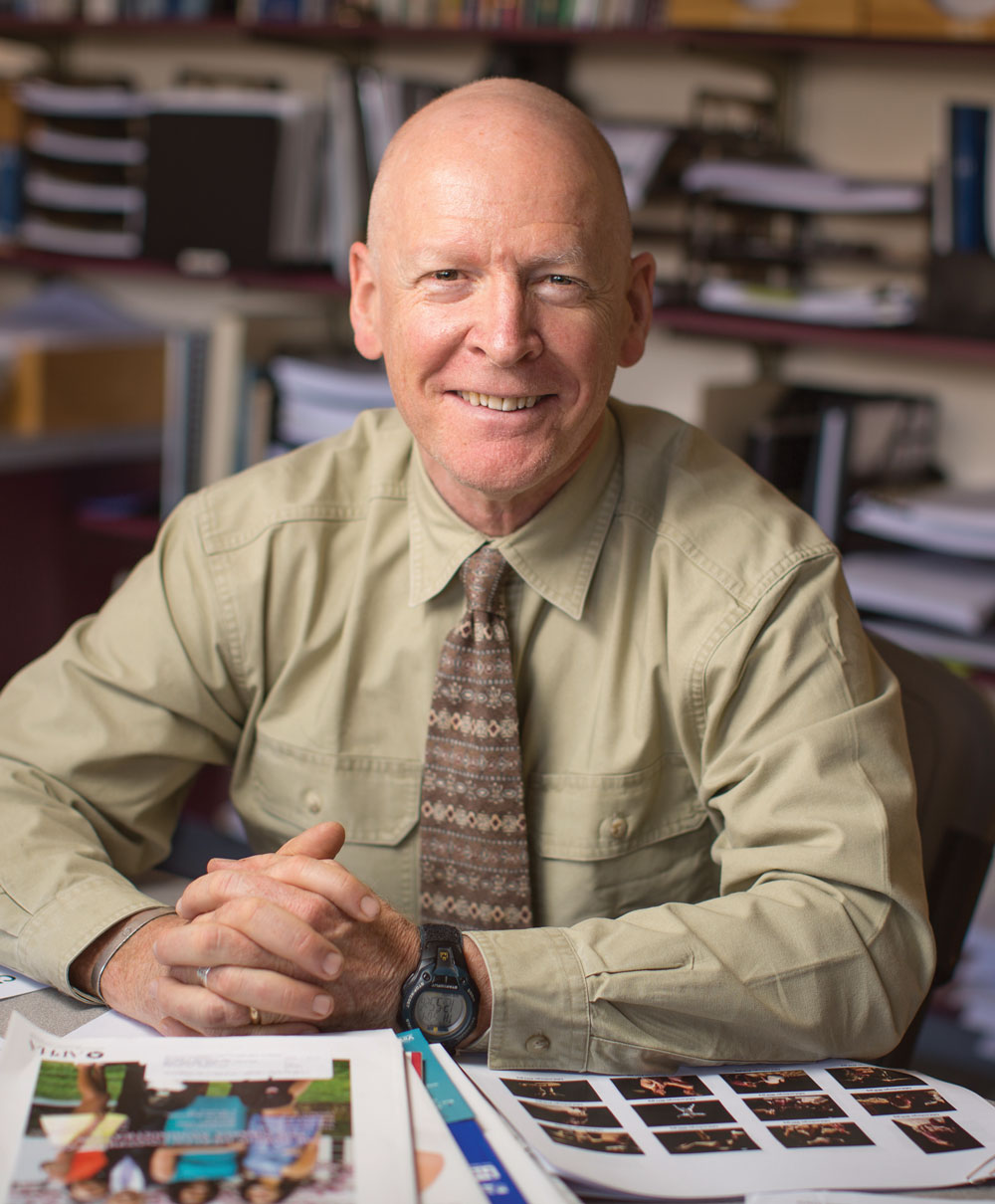 I was intrigued by how creating a space for people to move freely and unselfconsciously can have such an emotional healing effect. ”

You’ve created a support program for caregivers at Montefiore. What does it involve?

About five years ago, as part of Montefiore’s employee wellness program, I started the Healing Loss Workshops, which help employees deal with grief and loss and the burden of being caregivers. It’s based on models of peer-group support and the work of Elisabeth Kübler-Ross, a pioneer in the field of death and dying, with whom I studied in the 1980s.

Movement and dance have become part of your life, beginning with 5Rhythms. What is this?

5Rhythms, which has been called “exercise for the right brain,” is based on a movement meditation practice developed by the dancer Gabrielle Roth. I was intrigued by how creating a space for people to move freely and unselfconsciously can have such an emotional healing effect. I began collaborating with Gabrielle and her organization to bring 5Rhythms to our community. We now have several classes for our staff and patients at Montefiore.

In 2016 you performed in a dance/theater piece in Greenwich Village called Grand Rounds. How did that come about?

An old friend from the early days of the AIDS epidemic put me in touch with Tamar Rogoff, a dancer-choreographer who was creating a performance piece about death and dying. One thing led to another and she asked if I would like to be part of the cast. I immediately said “Yes.” It was a natural evolution of my experience with 5Rhythms. I had a couple of little solos. I enjoyed the physical movement and doing something completely outside my normal day-to-day routine.

Is the Montefiore-Einstein merger influencing your work?

Having a better-integrated system will certainly support the mission of my department, which is to promote access to excellent primary care, promote community health, and advocate for social justice and health equality. For example, on the Montefiore side, we will have more opportunities to collaborate with Einstein’s experts in epidemiology and population health. In turn, they will have more access to Montefiore’s wealth of clinical data. It’s a good synergy.