Professor emeritus in the department of pediatrics at Einstein, co-author of Norms and Human Behavior, and co-editor of Social Problems: Private Troubles and Public Issues and People in Places: The Sociology of the Familiar.

Race relations in America have never been an easy topic to discuss. By carefully examining historical evidence going back to the 18th century, author Arnold Birenbaum, Ph.D., sheds light on the lives of African Americans in the 21st century and their continuing struggle for social justice.

Dr. Birenbaum uses that historical evidence to help answer key questions now confronting the country: Why are African Americans disproportionately impoverished in the United States? Are government policies to blame? And what about healthcare, housing, and the justice system? Why are resources distributed so unequally in those areas? And can all of this be reversed?

Different aspects of the African American experience have converged to create today’s racial divides, Dr. Birenbaum notes. A chief culprit is geographically segregated communities, which he likens to the relationship that exists between a colony and its mother country, where the institutions of society are rigged against the colonists—except the “colonists” live right in the American homeland.

A Nation Apart also discusses the systematic undoing of civil rights and federal support for African Americans after the Civil War, tracing these injustices from Reconstruction to Jim Crow laws to separate-but-equal policies.

Northern states after the war also encouraged racial division. Immigrants just off the boat were told to avoid intimate contact with people of color, implying that interracial relationships were dangerous. European immigrants were taught to treat African Americans in a way that established distance and reaffirmed Europeans’ feelings of privilege.

Moving into the 20th century, the book delves into the rise of white nationalism as the United States evolved from a largely agrarian society to an industrial one—and addresses the accompanying civil rights movement, which threatened the white power structure.

Filled with annotated research and well-crafted arguments, Dr. Birenbaum’s study of America’s racial injustices promises to inform and inspire. But, as he notes, there’s a great deal of work that remains to be done.

Published by Routledge, an imprint of the Taylor & Francis Group, 2019 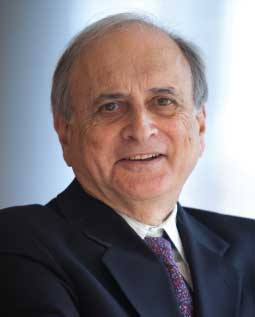