Step inside the building at the corner of Walton Avenue and East 177th Street in the Bronx on a Saturday morning and you might think you were at any other busy medical clinic in New York City. About two dozen men and women patiently wait in a reception area with bright-green walls to see one of two doctors as a few more people check in at the front desk.

“How can I help you today?” one of the receptionists asks a young woman, who says she is there for a medical clearance before starting a new job. She’s handed a clipboard as a nurse announces the next patient to be seen.

Some people have come for blood tests or vaccinations. Others need help with a respiratory condition or a skin problem. Still others are following up after surgery. Each of these services might cost $400 or more out of pocket. But at this clinic, the receptionists are Einstein students and the doctors volunteer their time. And the patients are charged nothing for their visits.

The free health clinic exists because two decades ago a group of Einstein students had an idea. They wanted to serve Bronx residents who had no health insurance—including both members of the working poor and those who were not eligible because of their immigration status.

Partnering with the nonprofit Institute for Family Health, the students launched the Einstein Community Health Outreach clinic, or ECHO for short. When ECHO opened at the Walton Family Health Center on Sept. 25, 1999, it was the first student-run, physician-supervised free clinic in New York City. It soon became a model for similar clinics across the nation.

Today ECHO serves some 25 to 35 adults each Saturday. “We’re meeting the needs of community members who may be afraid or unable to access healthcare because of the cost,” says Amarilys Cortijo, M.D., ECHO’s medical director. To be seen, patients cannot have health insurance and must be over age 18. Each ECHO patient qualifies for two free well-care visits, or four visits if he or she  has a chronic condition such as diabetes. After that, the patients are encouraged to use one of the full-time health centers operated by the Institute for Family Health or another clinic of their choice.

At the institute, they pay for care on a sliding-fee scale based on income. Counselors will also help eligible patients apply for Medicaid and other insurance programs and provide them with a pharmacy card to ensure that they can get the medications that are prescribed to them. “The idea is to transition them into the healthcare system,” Dr. Cortijo says. “We see ourselves as the gateway.” 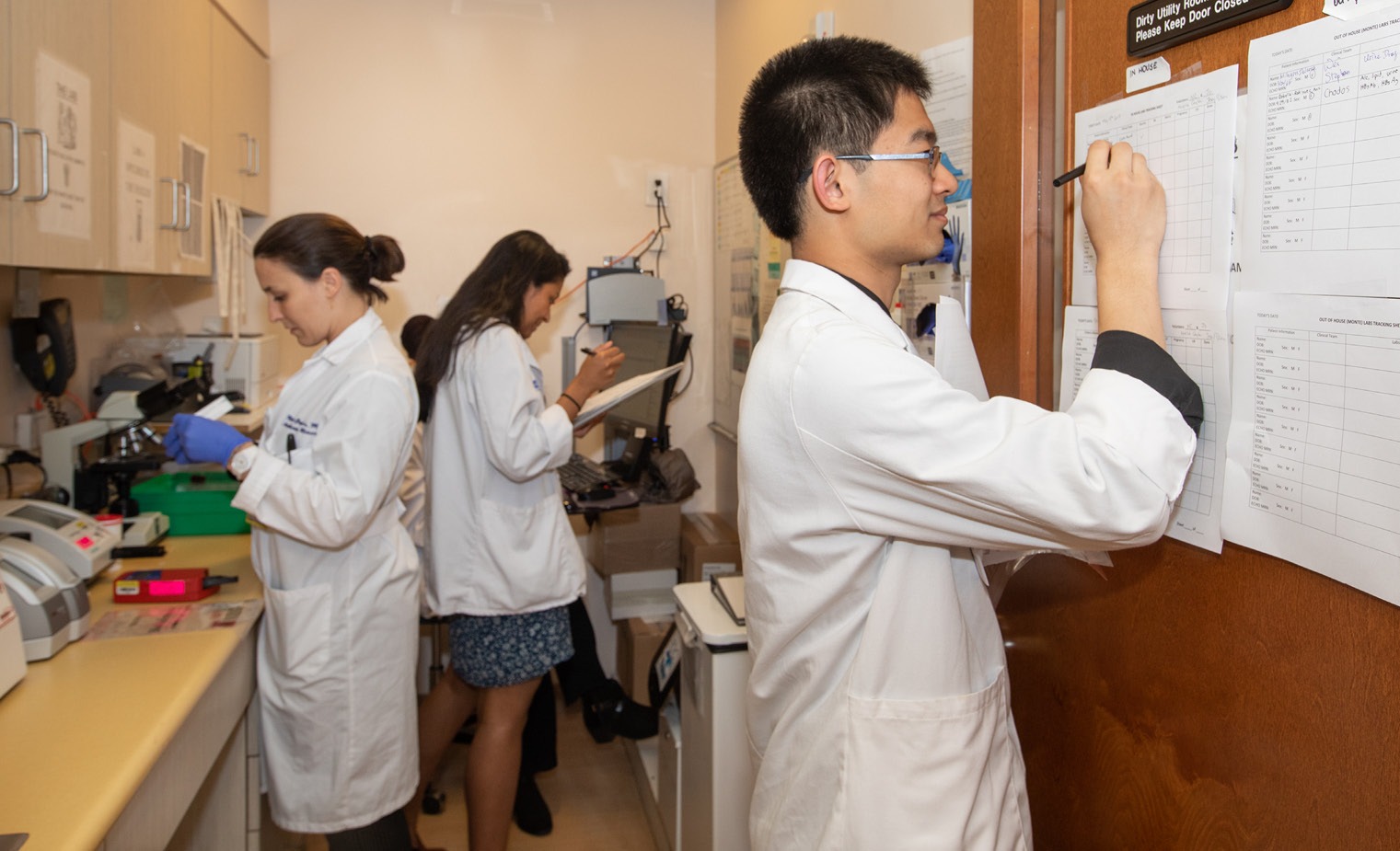 Just as ECHO has established itself as a vital community resource, it has also become a key component of an Einstein medical education. More than two-thirds of the first-year students, 110 to 120 in all, volunteer at the clinic an average of one Saturday a month. Sharan Shah, a fourth-year medical student at Einstein who recently served as executive clinical chair at ECHO, estimates that 2,700 Einstein students have contributed their time and skills to the clinic since it began. Dr. Cortijo arrived at ECHO in early 2001 and has worked with most of those students, who call her the “heart and soul” of the clinic.

Staffing a medical facility largely with student volunteers presents some challenges. One is the need to train a fresh batch of recruits every year. “They’re very bright and have a lot of energy, but they’re often totally inexperienced,” Dr. Cortijo says.

On any given Saturday, there are likely to be about 40 Einstein students on hand, along with two attending physicians to supervise them. In the summer, undergraduate students from other area colleges who are interested in medical careers can volunteer as interpreters or receptionists through ECHO’s Pre-Health Summer Program.

“Our students learn how to take care of patients, under close supervision,” Dr. Cortijo says. “They improve their interpersonal skills; they learn how to listen and how to speak to patients. Medical students rarely get this opportunity anywhere else.”

That opportunity has, in fact, become a selling point for many students choosing a medical school. One of them was Sarah Nosal, M.D., Class of 2004, who knew from an early age that she wanted to be a physician and work with an underserved population. The year she was applying to medical schools was the very year ECHO was established. “When I found out I got into Einstein, I dropped my other applications,” she recalls. “I said, ‘I have to go there.’”

Dr. Nosal went to Einstein and joined ECHO; she has maintained the connection ever since. She now plays an integral role in the running of the clinic, as well as serving as vice president for innovation and optimization at the Institute for Family Health.

Dr. Nosal seconds her colleague’s sentiment that students gain something from ECHO they’re unlikely to get elsewhere. “Doing some of the administrative tasks around the clinic, like working the front desk, helps them appreciate those roles and how important they are,” she says. “There’s just no place to teach that in the typical medical school curriculum.” 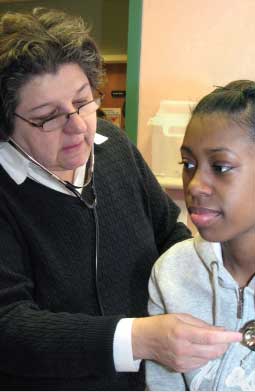 They improve their interpersonal skills; they learn how to listen and how to speak to patients. Medical students rarely get this opportunity anywhere else. 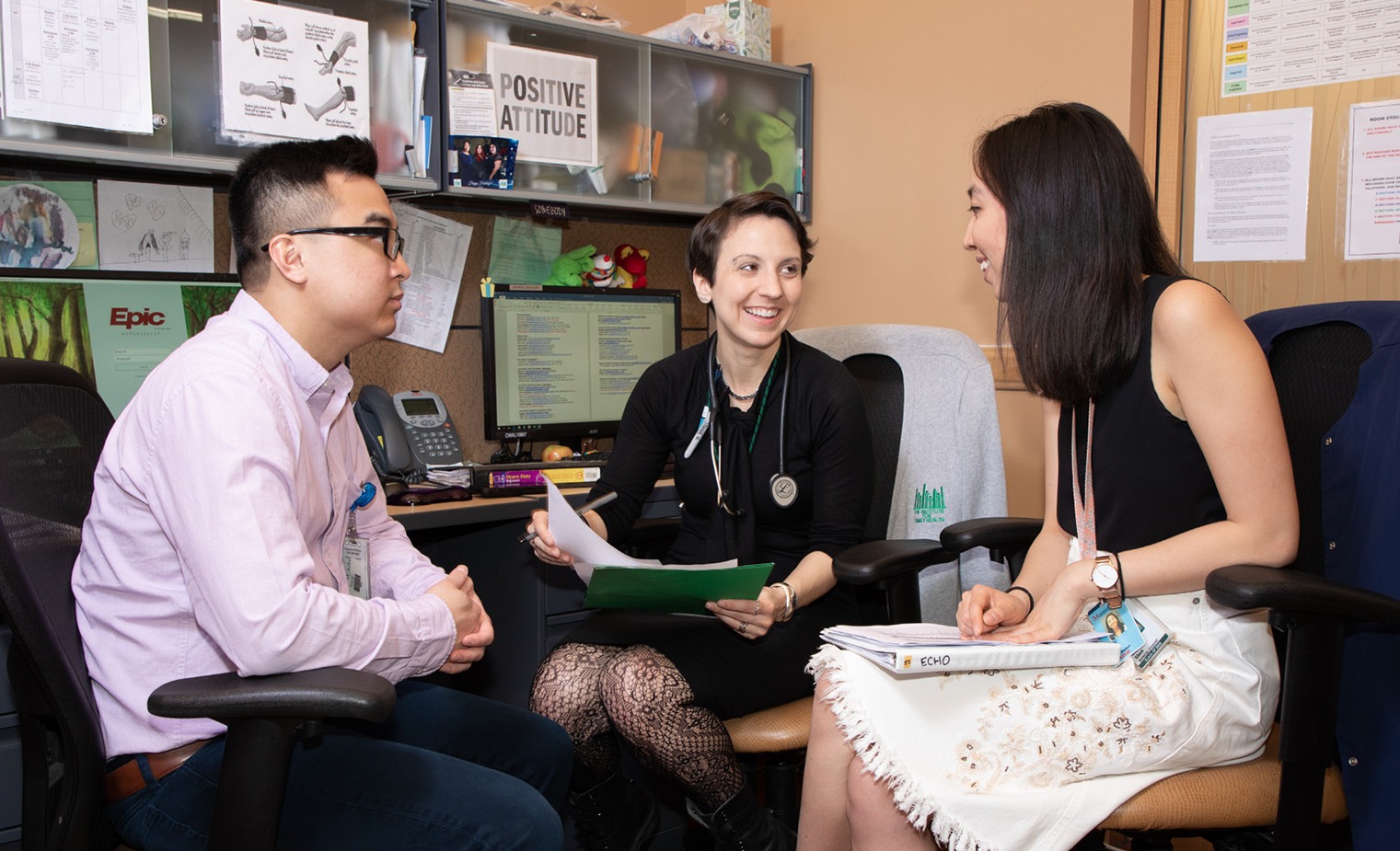 “ECHO has been eye-opening for me, and it reinforced my desire to work in an underserved community,” says Ms. Kremen, who hopes to pursue a career in psychiatry. “You learn about people’s frustrations. For example, you see how hard it is for them to talk about mental health issues like depression, especially among people from different cultures.”

Mr. Shah, the fourth-year student, hopes to become an ear, nose, and throat specialist. Like many first-years, he started at ECHO’s front desk and rose through the ranks to his position on the clinical board, which recruits, trains, and schedules volunteers. “I’ve spent hundreds of hours at ECHO,” he says. “I’ve learned a tremendous amount, and it’s one of the things I’m proudest of. We get to see the very direct impact we have on the lives of our patients.”

Dr. Cortijo agrees. “Sometimes I get up on a Saturday after working all week, and I don’t feel like going in,” she says. “But then I get there and am so happy, so energized. It’s a rejuvenating experience, a joyful experience. I think many of my colleagues feel the same way.” 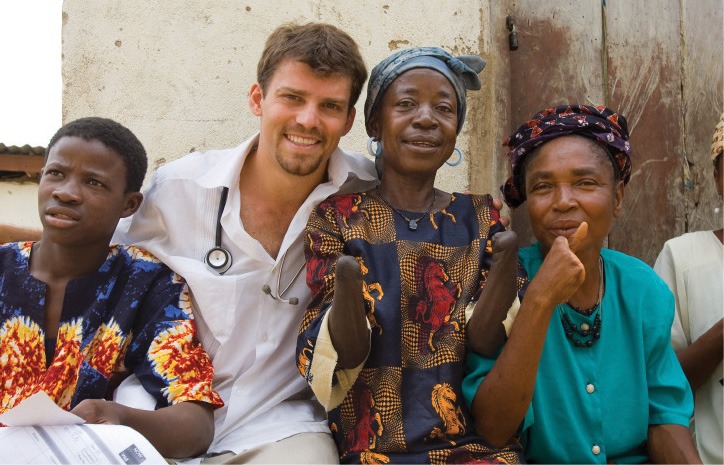 Dr. Dan Kelly, during his final year in medical school, with three patients who had amputations and were living at the Wardu resettlement community in Kono District, Sierra Leone, Africa.

A Clinic in Africa With Roots in the Bronx

Dan Kelly, M.D., Class of 2008, says a major reason he chose Einstein after graduating from Princeton University was the opportunity to work in the ECHO clinic. “I was so excited that I even started at ECHO several weeks before medical school began,” he says.

Two years before he graduated, Dr. Kelly cofounded a medical clinic for the poor in Sierra Leone, Africa, with a local doctor there. The clinic, which has since been integrated into Partners in Health–Sierra Leone, currently sees 250 to 300 patients a day, Dr. Kelly says.

“Without ECHO I don’t think I’d have been able to start a clinic from scratch,” he says. “In medical school you’re taught how to take care of patients, but you don’t learn about the operational and administrative details that are needed to create the physician experience—how to set up the environment, how to organize patient records, all of those different pieces.”

Today Dr. Kelly is an infectious-disease specialist and epidemiologist at the University of California, San Francisco. His work focuses on ways to improve Ebola prevention and care, primarily in Sierra Leone and Liberia but also the Democratic Republic of the Congo.

“ECHO was a great experience for me—and not just for the practical skills I picked up,” he says. “I think it’s important for medical students to get a broader view of their potential role in the world, what social justice is, why healthcare should be a human right.”