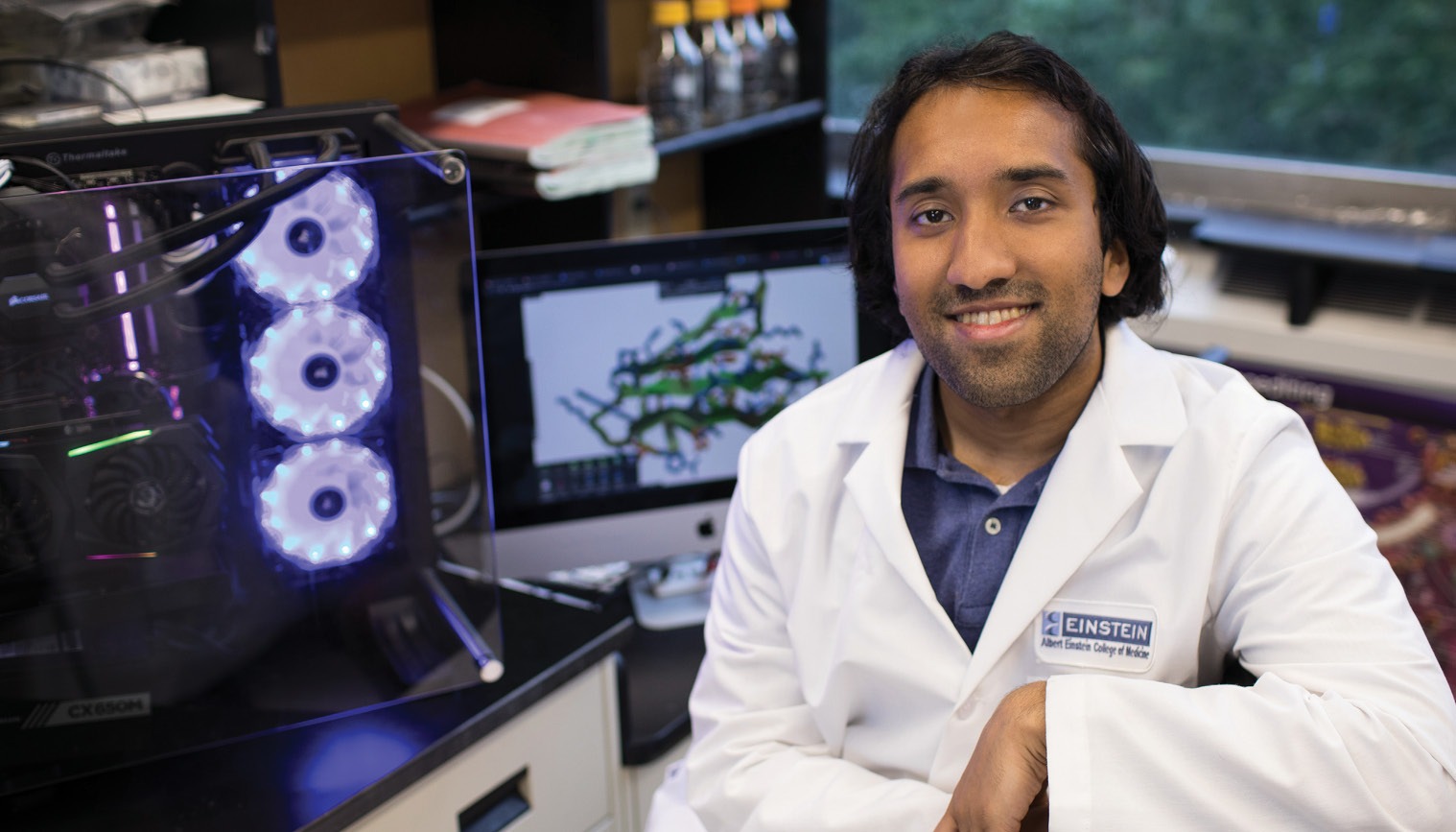 When it comes to education, Einstein M.D./Ph.D. student Peter John knows what motivates students to learn. “The most-effective lessons are intellectually engaging and entertaining. Electronic games are a good strategy for achieving both goals,” he says.

He wrote an essay about just that—“Making It All Fun and Games in the Biomedical Sciences”—and submitted it earlier this year for consideration in the 2019 Lasker Foundation Essay Contest. He found out in July that his nearly 800-word essay had earned the top prize of $10,000, to be used for educational expenses.

The rising sixth-year student, who studies cancer immunology in the lab of Xingxing Zang, Ph.D., proposed the creation of video games that would immerse young players in biomedical research, providing an instructive yet rewarding experience.

“Video games have been effective for teaching other subjects, such as history,” Mr. John says. “Thanks to new technologies, they have great potential for teaching science as well.” He gives an example of teaching immunology by using a strategy-game format where players coordinate different types of immune cells to fight off pathogens.

One of three co-winners of the essay contest, Mr. John also met the winners of the 2019 Lasker Award at a luncheon in New York City in September. The Lasker Awards have been given annually since 1945 to recognize people who have made major contributions to biological discoveries that improve human health; they are sometimes referred to as “America’s Nobels” and have often identified future winners of the Nobel Prize.