Inventors often point to a moment of inspiration when the solution to a problem suddenly appears. Einstein alumnus Harvey Karp, M.D., experienced that flash of insight after giving a talk on sudden infant death syndrome, or SIDS, in 2011.

SIDS is the leading cause of death for infants 1 month to 1 year old, and a parent’s worst fear: Seemingly healthy babies unexpectedly stop breathing in their sleep. It’s also known as “crib death” because many victims are found lifeless in their cribs.

After the lecture, Dr. Karp remembers, he expressed his frustration to a friend. “Why hasn’t someone come up with a way to help prevent this?” he asked. His friend replied: “Well, why don’t YOU?”

It was a fair question. Dr. Karp is one of America’s most trusted pediatricians and child-development experts—a reputation he earned by researching infant behavior and developing science-based techniques to soothe fussy infants and help them sleep. Millions of bleary-eyed parents around the world have sought advice from his best-selling books and videos: The Happiest Baby on the Block, The Happiest Toddler on the Block, and The Happiest Baby Guide to Great Sleep.

Infants are most vulnerable to SIDS in the first few months of life, which Dr. Karp terms “the fourth trimester.” “Humans are really born three months too early; they are incredibly immature compared to other animal species,” he says. “Unlike a colt or a calf, we don’t hit the ground running. In the early months, babies need us to mimic the womb’s sensations through cuddling, rocking, and shushing for hours a day.”

Their underdevelopment also means that infants may fail to awaken or to move their heads when not receiving enough oxygen. Studies have shown that putting infants to sleep on their backs on a firm, flat surface away from loose bedding—hence the “back to sleep” public health campaign—has significantly reduced the rate of SIDS in the United States and other countries. In addition, Dr. Karp knew from his own research that imitating the womb often calms babies—even mid-cry.

For the past decade, manufacturers have claimed that the rocker-like infant-sleep products they’ve marketed to parents will soothe their fussy babies. But those rockers (also called “nappers”) keep the baby semi-upright—increasing the likelihood of airway compression and suffocation and prompting the American Academy of Pediatrics (AAP) to warn that the rockers put babies’ lives at risk.

In April 2019, under pressure from the AAP, Fisher-Price recalled 4.7 million Rock ’n Play infant sleepers following reports that 32 infants had died in Rock ’n Plays since 2011. Some of the infants rolled over while unrestrained, and some were unable to breathe because of their position. Other companies have since recalled their inclined sleepers—now linked to more than 50 deaths, according to the Consumer Product Safety Commission (CPSC)—but some manufacturers are still selling the products.

“Many babies have died because their sleep-deprived parents trusted those products,” Dr. Karp says. “Parents trying to comply with the back-to-sleep advice have yielded to the dangers of rockers because their babies don’t sleep well on their backs.” The AAP has called on the CPSC to take action against the remaining products on store shelves to prevent further tragedies.

Dr. Karp says he thought that an automatically rocking crib with a flat surface could create a safe environment for sleep. He and his wife, Nina Monteé Karp, cofounder of their company, Happiest Baby, decided to invent one. That led to a collaboration with industrial designer Yves Béhar and Deb Roy, Ph.D., director of the Laboratory for Social Machines at the Massachusetts Institute of Technology. In 2016, after “many, many prototypes,” Dr. Karp says, the SNOO smart bassinet was born.

The robotic crib has since found its way to homes across the United States, Canada, and Australia. To date, babies have safely slept in the SNOO for more than 40 million hours, Dr. Karp says.

“There are people in this world who are always looking for better ways to do things,” says Gordon F. Tomaselli, M.D., the Marilyn and Stanley M. Katz Dean at Einstein. “That’s Harvey Karp. He has taken his expertise in pediatrics and applied innovation to it.” 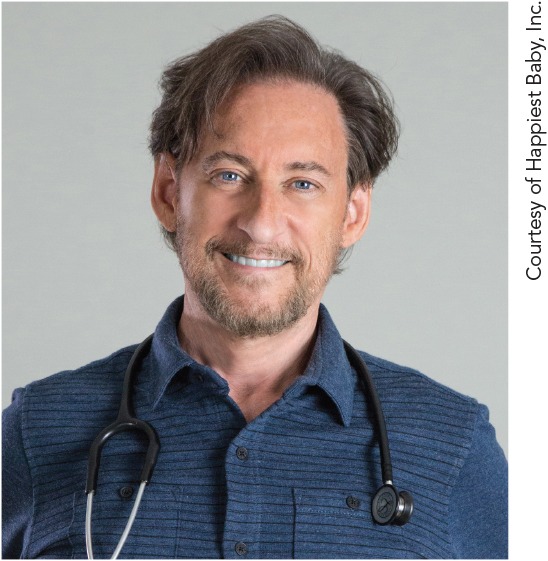 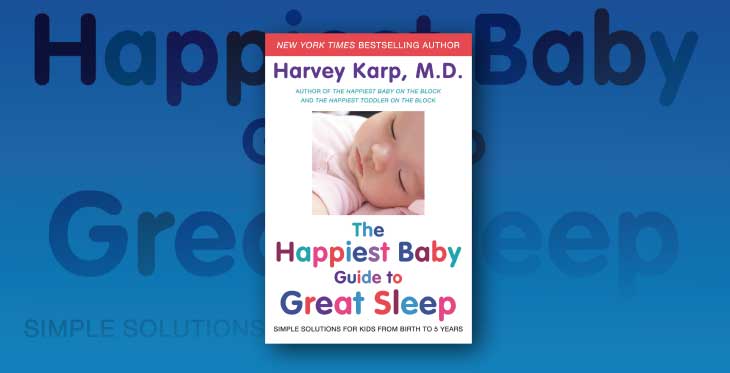 To this day, pediatric books say that colic is a mysterious condition. But I believe the chief cause is clear: too little rhythmic stimulation.

The Human Face of Medicine

Dr. Karp set his sights on becoming a doctor at a young age. “I was always socially conscious and wanting to understand how things work,” he says. Medicine seemed like a natural fit—and Einstein, with its high level of academics and what Dr. Karp calls “attention to the social environment,” was the perfect place for him to study.

While at Einstein he learned not only about the science of medicine, but also about what it takes to assume the mantle of physician and healer. “I was taught that providing healthcare was a privilege,” he says. “People who are ill are in a vulnerable position, and it’s our responsibility to treat them with respect. As students we were given opportunities to get into the community and meet with patients, to see the human face of medicine,” he adds.

Because they saw so many Spanish-speaking patients, Dr. Karp joined  with other students to hire a tutor and learn the language. “We had class every week and ate lunch together to improve our Spanish-speaking skills,” he says. “That way we could talk directly to our patients without having an interpreter in the middle.”

Perhaps the most formative aspect of his medical training, he says, was “realizing the joy of discovery.” He still vividly recalls learning neuroanatomy as a first-year student from Dominick Purpura, M.D., who would later go on to serve as dean of Einstein for 22 years. Throughout the semester, Dr. Karp says, “Dr. Purpura periodically displayed a picture of a smiling boy and asked: ‘What’s wrong with Grant?’” At the end of the semester, Dr. Purpura shared Grant’s diagnosis: He had severe hydrocephalus. Fluid filled the space where his brain should be; his brain tissue was limited to a narrow band around the inside of his skull.

“And yet, Grant appeared smiling before us, looking entirely normal,” Dr. Karp says. “It is a medical mystery. How could this boy lack so much of the brain yet act almost normally? Dr. Purpura’s message was clear: We know so much yet have so much to learn.” 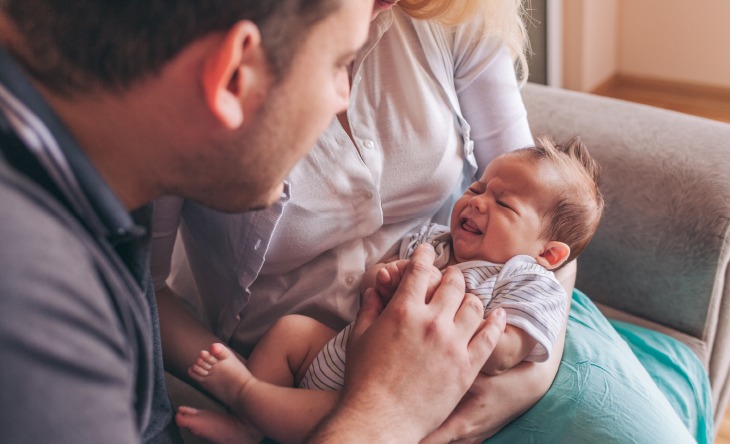 Adjusting to life outside the womb, a baby cries as his parents try to soothe him.

By his second year of medical school, Dr. Karp had decided to go into pediatrics. He would later do groundbreaking research on what his youngest patients were trying to communicate with their cries. “I’ve always been attracted to unsolved problems,” he says. “To this day, pediatric books say that colic is a mysterious condition. But I believe the chief cause is clear: too little rhythmic stimulation.”

Daphne Hsu, M.D., chief of the division of pediatric cardiology at Montefiore and professor of pediatrics at Einstein, agrees with Dr. Karp that colic can be treated. “Sometimes babies cry excessively because they are unable to soothe themselves as they adjust to life outside the womb,” she says. “In utero they are used to falling asleep with movement and noise around them. They respond to maneuvers that mimic that environment to help them go to sleep peacefully.”

Dr. Karp’s study of colic revealed that infants are born with a “calming reflex,” an irresistible response to stimuli that mimics the womb: swaddling that creates a snug feeling, shushing that sounds like blood flow, and gentle jiggling like what the baby experienced when Mom moved through her day. Dr. Karp’s books and videos offer techniques that parents can use to recreate that comforting environment.

“Harvey’s innovation is that it’s baby-focused,” Dr. Hsu says. “The idea is to make the baby more comfortable and, if you can do that, parents become more comfortable, too.”

Ultimately, Dr. Karp says he thinks that the SNOO robotic bassinet will do more than just give harried parents a break. He says that studies now underway and others set to start soon will explore potential SNOO benefits, including preventing SIDS and postpartum depression and improving care for premature infants.

But even without that evidence, improving sleep has clear benefits—and not just for babies. “When babies sleep better, parents sleep better,” Dr. Tomaselli says. “That’s so important for mental and physical health.”

Impressed by Dr. Karp’s lifetime of work, Einstein’s Board of Governors honored him as a finalist for Einstein’s Distinguished Alumnus award this year. “It’s a prestigious award, given our history of graduates who have gone on to have a profound impact in the medical sciences,” Dr. Tomaselli says. “Dr. Karp continues in that tradition by applying advancements in science to improving people’s lives.”

Meeting Over the Mind: Neurological Surgery