Director of the Montefiore Einstein Center for Bioethics, the Dr. Shoshanah Trachtenberg Frackman Faculty Scholar in Biomedical Ethics, and professor of epidemiology & population health and of psychiatry and behavioral sciences at Einstein.

Dementia has, over the ages, been hard to pin down. From the Latin demens, “out of one’s mind,”
the word dementia was historically used loosely, lumped in with a broad range of mental illnesses. Losing the ability to feed and dress oneself was often chalked up to madness, possibly caused by demonic possession and often treated with punishment.

Author Tia Powell, M.D., writes in Dementia Reimagined that when she was a medical student in the 1980s, dementia was finally recognized as a neurocognitive disorder, but still wasn’t a priority in the healthcare community. Dementia mainly happened to very old people, and no treatments existed. Why devote resources to a relatively rare condition that affected those who had just a few years left to live?

While a cure still eludes us, that dismissive attitude toward dementia has changed in recent decades, Dr. Powell notes. Americans are now living longer—and when they reach age 85, their chance of having dementia approaches 40%, according to a 2019 report from the Alzheimer’s Association. The condition now affects more than 5 million Americans, and that number will rise as baby boomers grow older.

Dr. Powell notes in her book that dementia is hard for both the person with the illness and his or her caregivers, as patients lose their ability to walk, talk, and even swallow. Dementia is expensive, too, and consumes an impressive share of the Medicare budget. Nonetheless, the main message of the book is that dementia can and should be less frightening to people than it is today. With better understanding, planning, care, and policies, we can ease the aspects of dementia that are scary for everyone involved, she explains.

Dr. Powell was motivated in part to write Dementia Reimagined because of the experiences of her grandmother and mother, and she explores the disease in depth. Chapters are devoted to the politics and economics of dementia and to scientific research on the disorder. For families who are touched by this fatal disease, the book offers guidance on caregiving, whether the patient remains at home or goes to an assisted-living facility. Dr. Powell emphasizes the necessity of planning and of making the patient’s wishes known, to limit the financial and emotional burdens in the final few years of the disease.

Dementia Reimagined concludes by helping readers plan for a good death, with the author outlining just what she’d like for hers. She notes that shifting the balance from curative care to palliative care can make all the difference. “Keep me comfortable,” she asks. “And don’t stand between me and the exit.”

Published by: Avery, an imprint of Penguin Random House, 2019 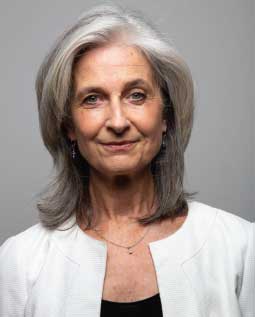