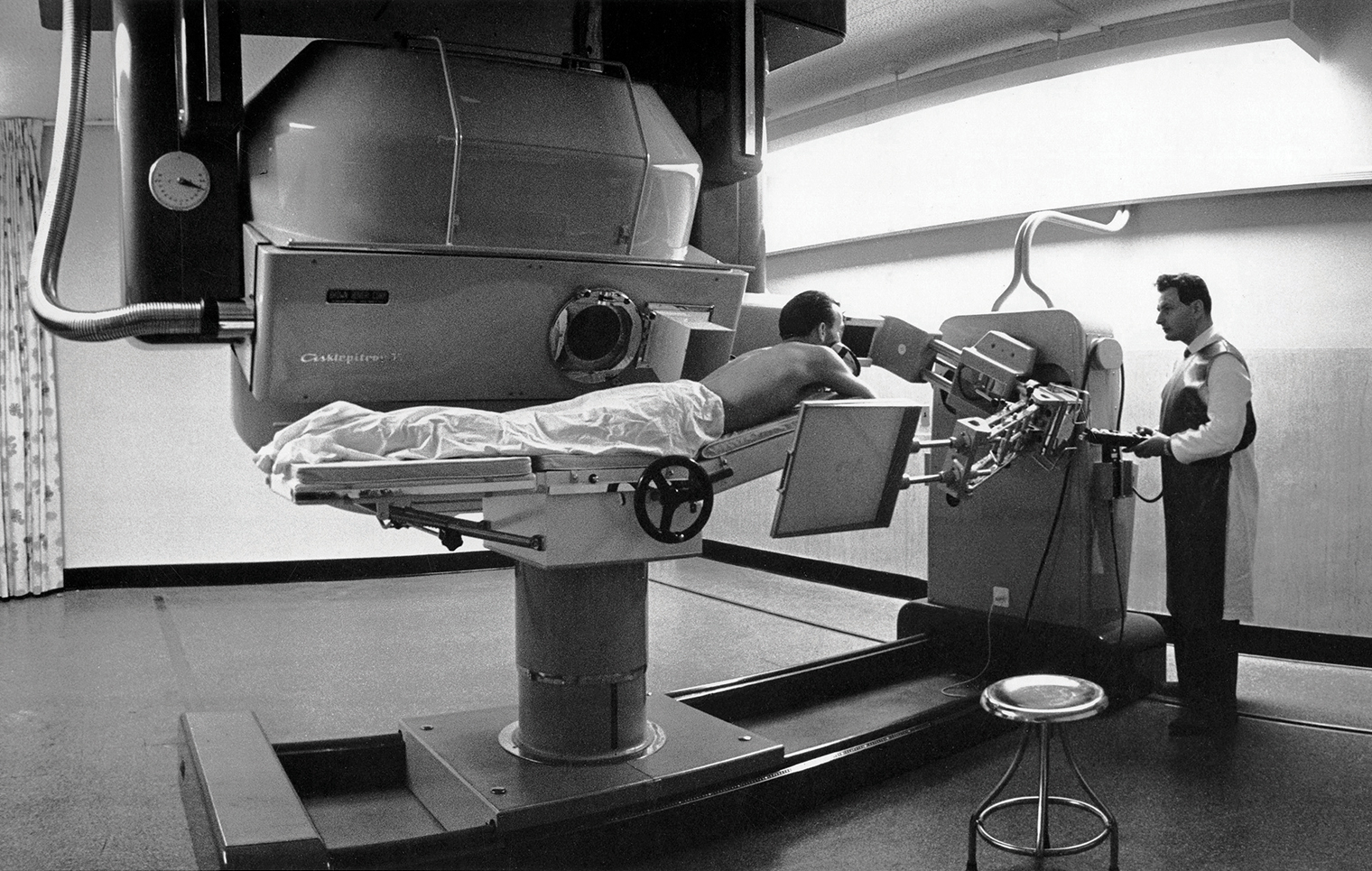 Sixty years ago, in August 1961, a 30-ton betatron—at the time the world’s most advanced radiation device for treating cancer, and the first of its kind in a major U.S. hospital—went into service at Montefiore after a year’s installation effort. The giant Swiss-made device cost $150,000 and was donated to Montefiore by Henry L. Moses, for whom the Moses campus is named, and operated under the tutelage of Charles Botstein, M.D., the founder of the department of radiation oncology. The betatron created electric and magnetic fields to accelerate electrons (beta particles) and focused them into beams. An elevator mechanism lowered the giant device close to a patient positioned on a movable table. Both the patient and the betatron were kept in preprogrammed motion during treatment.