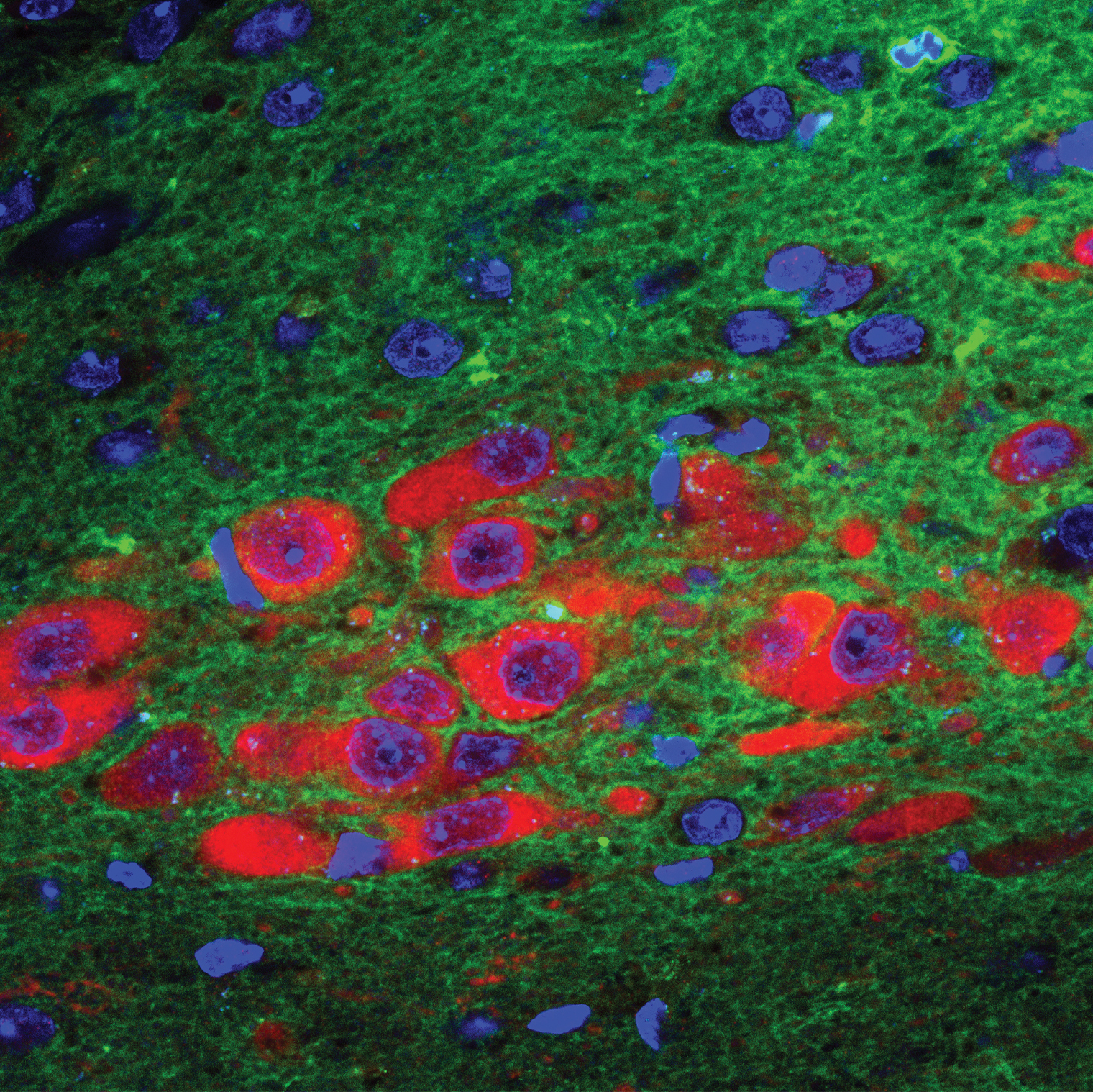 But in a study published in Nature Communications in December 2020, Young-Hwan Jo, Ph.D., and colleagues identified a novel parasympathetic circuit that can boost the liver’s glucose output. As shown in this fluorescence-microscopy image of a mouse brain stem, the circuit involves axon terminals (stained green) of so-called POMC neurons that extend from the hypothalamus (known to be important in glucose regulation) and interact with acetylcholine-producing neurons (stained red) of the dorsal motor nucleus of the vagus (the main component of the parasympathetic nervous system).

The Einstein researchers found that stimulating this previously unknown circuit increased blood-glucose levels—suggesting a possible strategy for responding to and counteracting hypoglycemia when it affects people with diabetes. Dr. Jo is an associate professor of medicine and of molecular pharmacology at Einstein.